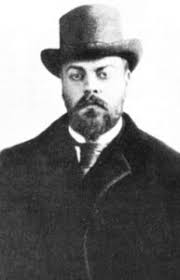 Sometimes called a real life James Bond and described by his biographer as the Merchant of Revolution and at various points in his life an Undesirable Eastern Immigrant in the heart of the West, Marxist Intellectual, Starving Journalist, Theater Producer, Millionaire (Billionaire in modern terms) Capitalist arms dealer, playboy, Revolutionary, Free Mason, White Color criminal unafraid of stealing from his own colleagues, Western Expatriate in the heart of the Islamic Khilafah, Shadowy Government Adviser, Secret agent trusted by neither his Revolutionary Colleagues nor his German employers and a major player in the first quarter of the twentieth century whose deeds continue to impact the modern world . Alexander Parvus was all that and more, but known to all who met him including one time friends and students as a scoundrel.

Born in the Russian Empire in 1867 in a Jewish family at birth he was named Israel Lazerevich Helphand (also spelt Gelfand) by his parents later on in life he would take on the name Alexander.  His importance to modern history including that of the Islamic world as well as Russia and Germany is matched only by his obscurity.

Parvus upbringing was similar to many Russian Jews during his era, born in a Shetl or Ghetto in the Pale of Settlement at a young age Parvus moved with his family to Odessa, then the center of Jewish cultural life in the Russian empire, growing up he felt that he had being persecuted by the Tsarist regime for his Jewish origin due to the regime turning a blind eye to anti-Jewish programs  due to this he became lifelong enemy of the Tsarist regime. 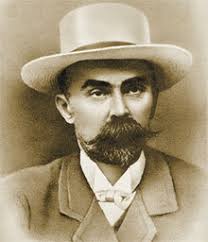 Russian Nobleman of Christainised Tatar origin Georgi Plekanov was the first Russian to self identify as Marxist. Until 1917 Plekhanov was Russia’s leading Marxist. During World War he foreshadowed Stalin in turning toward Nationalism

At age 19 after encountering the writings of Russian Marxist intellectuals Parvus migrated to Switzerland in order to study with Russian emigre dissidents like Georgi Plekhanov and Pavel Axelrod. While in Switzerland Parvus earned a PHD in Philosophy and Political Economy from the University of Basil. After graduation he migrated to Germany where he became a leading member of the SDP a leading Marxist organization, during this time he supported himself by writing for various Marxist publications including Lenin’s Iskra.

When the SDP split between the followers of Karl Kautsky an Orthodox Marxist nicknamed the Pope of Marxism who advocated a Communist government and Eduard Bernstein a Social Democrat who advocated an early version of Liberal Progressive Marxism with a belief in Democracy and Liberal values like Freedom of speech as well as being among the first socialists to write positively about Homosexuality.

During this time Parvus mentored a number of famous Marxists drawn to his Orthodox interpretations in particular his views on  the Permanent Revolution which had largely being ignored by Marxists until that point. These students included Lenin, Rosa Luxembourg (whom he formed an informal romantic relationship with), Kurt Eisner and Karl Radek.

The most important of Parvus students however was Leon Trotsky. Trotsky’s unique interpretation of Marxism can be traced to Parvus in particular the idea of permanent revolution. Like Parvus Trotsky born Leiba Bronstein was born in a Jewish family and raised in Odessa before migrating overseas to link up with Russian Marxist living outside Russia.

Following the split between the Bolshevik and Menshevik factions of the Russian communist party Trotsky spent almost two years with Parvus in Munich before the pair returned to Russia in 1905 to participate in the St Petersburg Soviet which had being established in the wake of mass demonstrations against the Tsar. The pair was arrested together when order was reestablished in St Petersburg although both managed to escape soon after. Parvus would never return to Russia, although he maintained a strong interest in its affairs until the end of his life.

After returning to Germany Parvus continued with his Journalistic activities but also began to look towards other means of making money and subsequently became a involved in German Theater industry. In 1908 however he was accused by the famous Russian author Maxim Gorky of stealing royalties and to avoid controversy he fled to the Ottoman Empire.

In the Ottoman Empire Parvus soon became an agent for the Vickers firearms company and the famous arms dealer Basil Zahraoff. This work as an arms dealer would cause Parvus to become a billionaire in modern terms. While living in Constantinople Parvus was contacted by the Young Turks movement who asked for his help in their plot to overthrow Sultan Abdul Hamid II.  Parvus accepted and would play a key role as an adviser to the Young Turks from 1908 – 1915 rising in 1912 to become editor of their official newspaper Turk Yulcu.

Parvus, Trotsky and an associate Lev Deutsch soon after being arrested in 1905

One possible reason is that as a secularist he supported the Young Turks as is common in the Muslim world where the divide is not left vs right but Islamic vs Secular as shown in Egypt in 2013 when the Liberals, Marxists and Nationalists ran together as Hizb al Sahwet Misr‎. Another possible answer is that he saw them as what is referred to in Marxist theory as a bourgeois revolution, before the workers revolution. Another possible reason is that Parvus believed that the Young Turks were going to win anyway so he might as well curry favor with the winning team allowing him to expand his business interests to a military based faction who’d be eager to buy new weapons (how Capitalist of him).

The answer may possibly lie in the fact that although the Young Turks marketed themselves as a Turkish Nationalist movement which believed the Ottoman Empire was weakened due to the state holding territory of Non Turkish Muslims, the reality was very different. The leadership of the Young Turks was made up in large measure though not exclusively  of Donmeh. The Donmeh are a secret sect in the Ottoman Empire outwardly they professed to be Muslims but secretly they adhere to the doctrines of Sabbatai Sevi a 17th century Rabbi who claimed to be the Messiah. 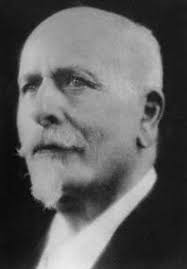 Although of Jewish origin the Donmeh are considered heretics by Orthodox Jews due to their participation in deviant acts such as orgys and wife swapping as religious rituals. In addition a small number of professed Jews such as Tekin Alp (born Moiz Cohen) and Emmanuel Carasso were involved in the Senior level of the Young Turk movement. Carasso head of the Masonic lodge in Salonika was amongst the three men who visited Abdul Hamid to tell him that he’d being officially overthrown (the other two Mehmet Cavit Bey and Talat Pasha were of Donme origin).

It is possible due to his Jewish origin Parvus felt some kindred spirit with the Young Turks, however not all of the Young Turks were of Jewish origin indeed Yusuf Akcura the man who initially contacted Parvus was an atheist of Russian Tatar origin. Additionally of the three Pashas who were considered to be the leaders of the Young Turks two Enver and Jamal were not of Donme origin (Talaat Pasha who became the Grand Wazier was the third). 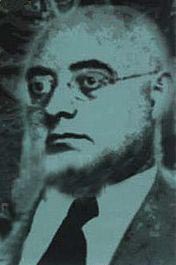 Often considered the Primary Philosopher of Kemalism and associate of Parvus, Tekinalp born Moiz Kohen was an ordained Rabbi and one of the few professed Jews to play a leading role in the Young Turk Movement  and He later became a Primary adviser of Kemal Attaturk

Interestingly both Enver and Jamal would later return to their Islamic roots falling their fall from grace with Jamal travelling to Afghanistan to help the Modernization of the Afghan military and Enver who traveled to the Soviet Union initially as an ally of Lenin before defecting over to the Basmachi Islamic resistance to the Soviet Communist forces.

It is also possible what Parvus  a Free Mason supported the Young Turks due to membership of the same organization as the Young Turks maintained close ties with Free Masonry, gathering in Masonic Lodges which were classed as homes of foreign residents and thus according to Ottoman law, Ottoman authorities had no right to search them.

The Three Pashas – Talat, Enver and Jamal, although they advocated Turkish Ethnic Nationalism only Jamal was an Ethnic Turk, Enver was of Albanian origin and Talat was of Donme origin

Another potential cause is that Parvus as a lifelong Revolutionary simply desired the thrill of return to underground revolutionary work similar to the St Petersburg Soviet after years of working as a theater manager and arms dealer. Which if any of the above reasons motivated Parvus we will mostly likely never know however he did and this is an important reminder to Muslims of the reality of Marxists and other Leftists.

Following their takeover with the help of Parvus the Young Turks proceeded to secularize the Ottoman Empire and oppress non Turks including Muslim Arabs and Kurds as well as Armenian Christians. The Young Turks also executed many Muslims who resisted them such as Devis Vahdeti an Imam, Journalist and close friend of Said Nursi who despite his criticism of Abdul Hamid II defended him in the face of the Un-Islamic Young Turk movement who he worked to expose the Young Turks unislamic roots and nature.

Kemal Ataturk the dictator of Turkey from 1923 – 1938 was a member of the Young Turk Movement.

Parvus left the Ottoman Empire for Germany after contacting German Government officials convincing them he could use Russian Revolutionary groups to undermine Russia from within thus allowing Germany to win the war. Parvus’s plan was so controversial that he met with Kaiser Wilhelm II who he succeeded in convincing of his Plan and in 1917 Vladimir Lenin and a group of Revolutionaries were smuggled into Russia in a German train in an incident frequently referred to as the sealed train. Parvus himself choose to remain in Germany rather than return to Russia, which suggests that he may have being involved in underground Marxist activity.

In 1919 following the defeat of Germany in World War One, Marxist groups throughout Germany rebelled and succeeded briefly in establishing small Communist states, but were quickly defeated by returning German Veterans. Although Parvus did not directly participate the fact that his former close companions in particular Rosa Luxemburg and Kurt Eisner were leaders of these movements suggests he played a role although to what extent is unclear. 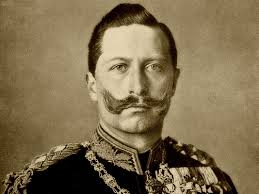 In 1924 Parvus died as one of the 10 richest men in Germany, before quickly vanishing into obscurity.