Azerbaijani civilians suffer from #ArmenianTerrorism again. People were killed and damaged in the second-largest city of #Azerbaijan, #Ganja located far from the conflict zone. 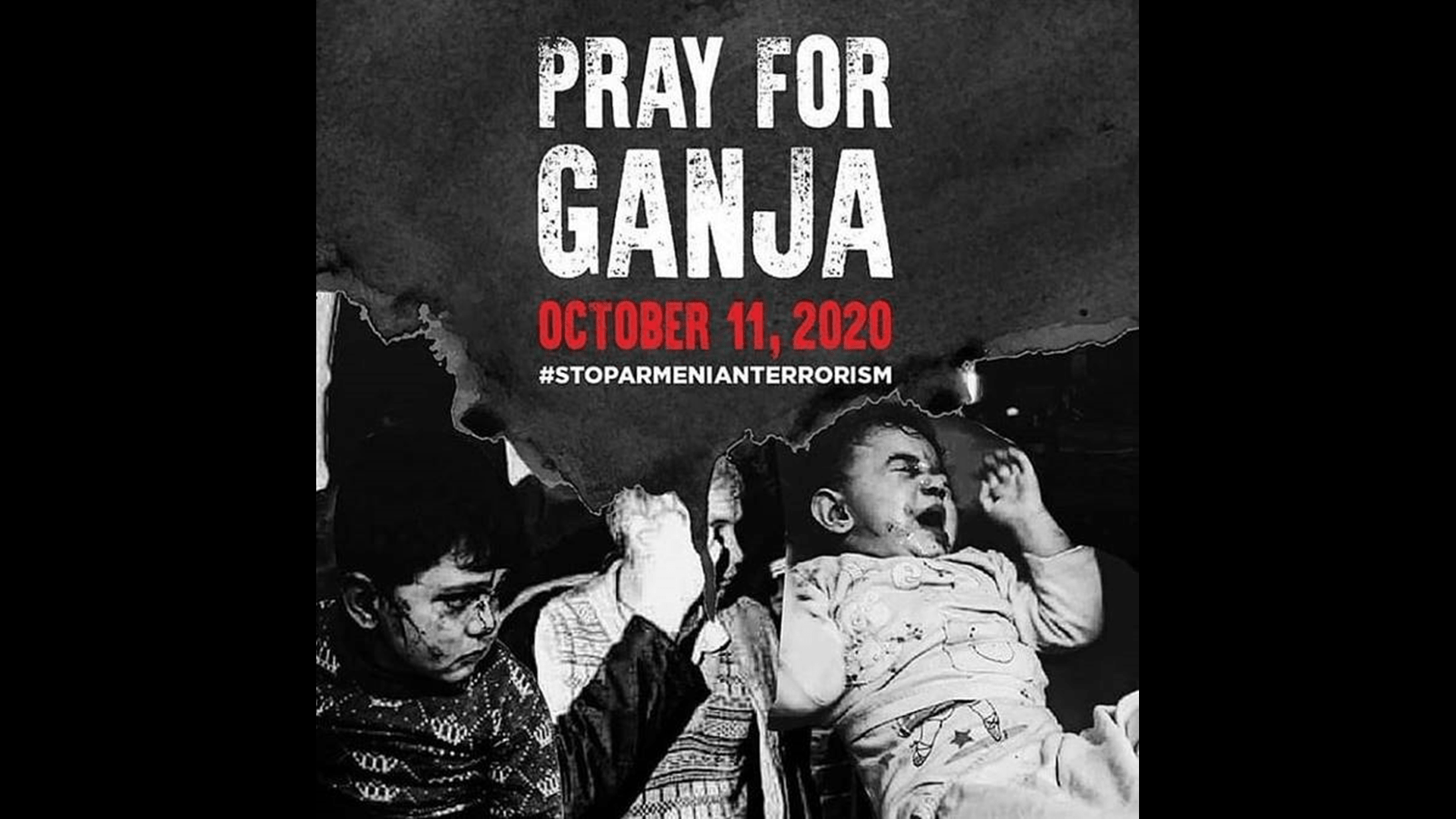 Armenia’s next genocide plan against Azerbaijan must be prevented immediately!

#ArmenianTerrorism continues within the borders of the #Azerbaijan!
After the so-called, #humanitarian “#ceasefire“, several cities outside of conflict zone including #Ganja, second the biggest city of Azerbaijan, are under the rocket attack of Armenia! pic.twitter.com/n57b5vduF4

Doesn’t the life of Azerbaijanis matter? Doesn’t the life of these little children matter at all? #ArmenianTerrorism
The whole world is silent! If you remain silent about Armenia’s policy of terrorism against Azerbaijan, then be completely silent and never talk! pic.twitter.com/Wkka0A6Pwy

A vandal nation which has not changed for years even a little bit.. I’m so sorry for these babies, cause today is the #DayOfTheGirl and they’re not among us because of #ArmenianTerrorism.. Rest in Peace, innocent babies ?? I wish @UNICEF @UN @UN_Women @UNESCO were aware of it.. pic.twitter.com/ZjlUJneFjv

Azerbaijani mother is screaming.
She lost her family member because of #ArmenianTerrorism

#Armenia begged for a humanitarian ceasefire after 11 hours of debate in #Moscow. It only took 20 minutes for them to start attacking civilians again. This night at 3 am, the second biggest Ganja was attacked AGAIN. Tens wounded, kids are dead! THIS IS #ARMENIANTERRORISM pic.twitter.com/WBdwN39xmJ