As of this morning, several thousand people are in front of the Hagia Sophia in Istanbul, where the first Jumu’ah prayer since 1934 was held today.

Although 20,000 police officers controlled the crowd, several thousand worshipers managed to break through the police blockade and head towards the mosque, to which President Recep Tayyip Erdogan restored the mosque’s status by decree two weeks ago.

Due to the coronavirus pandemic, prayer is held under strict measures. About 500 Jumu’ah believers prayed inside the building, while several thousand prayed outside in the presence of 20,000 police officers. The streets around Hagia Sophia were blocked.

However, several thousand citizens who could not approach Hagia Sophia surrounded the surrounding streets.

President Erdogan is learning the Qur’an 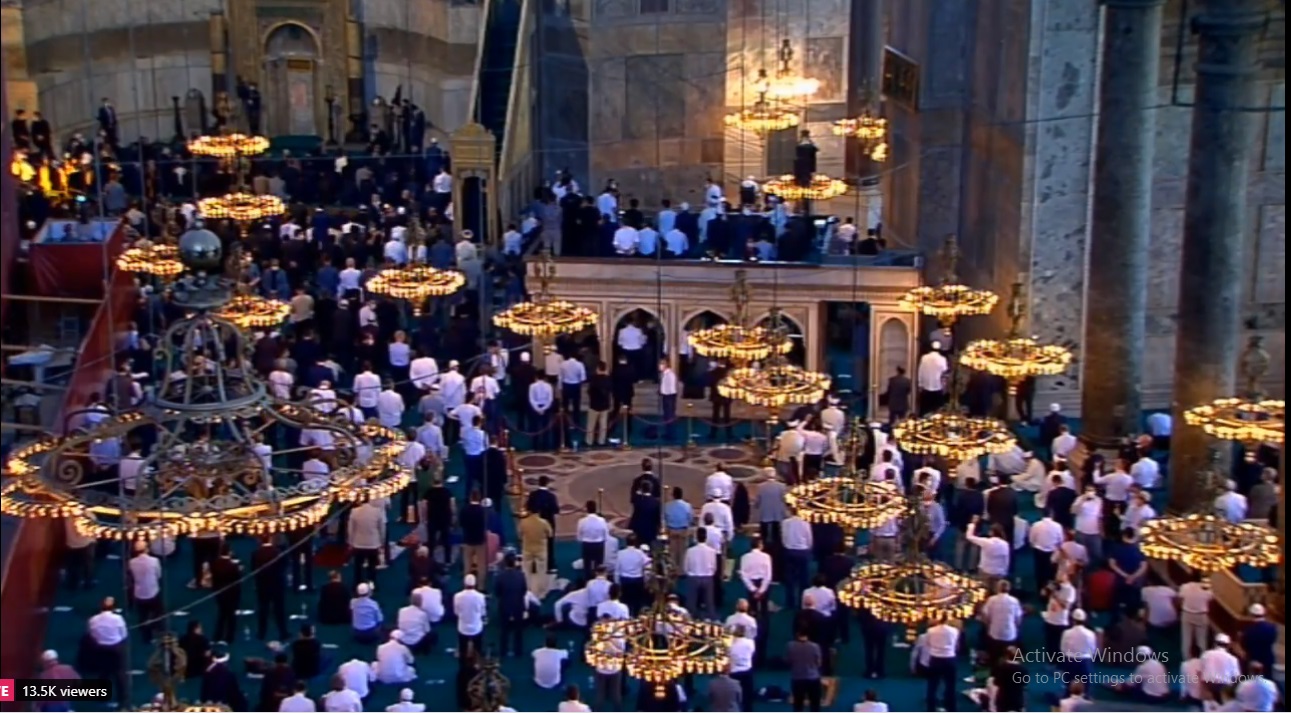