Belgrade: Serbian language teacher Ena Nedić burned all her diplomas and licenses in front of the Serbian Parliament tonight, dissatisfied with the general situation in society. 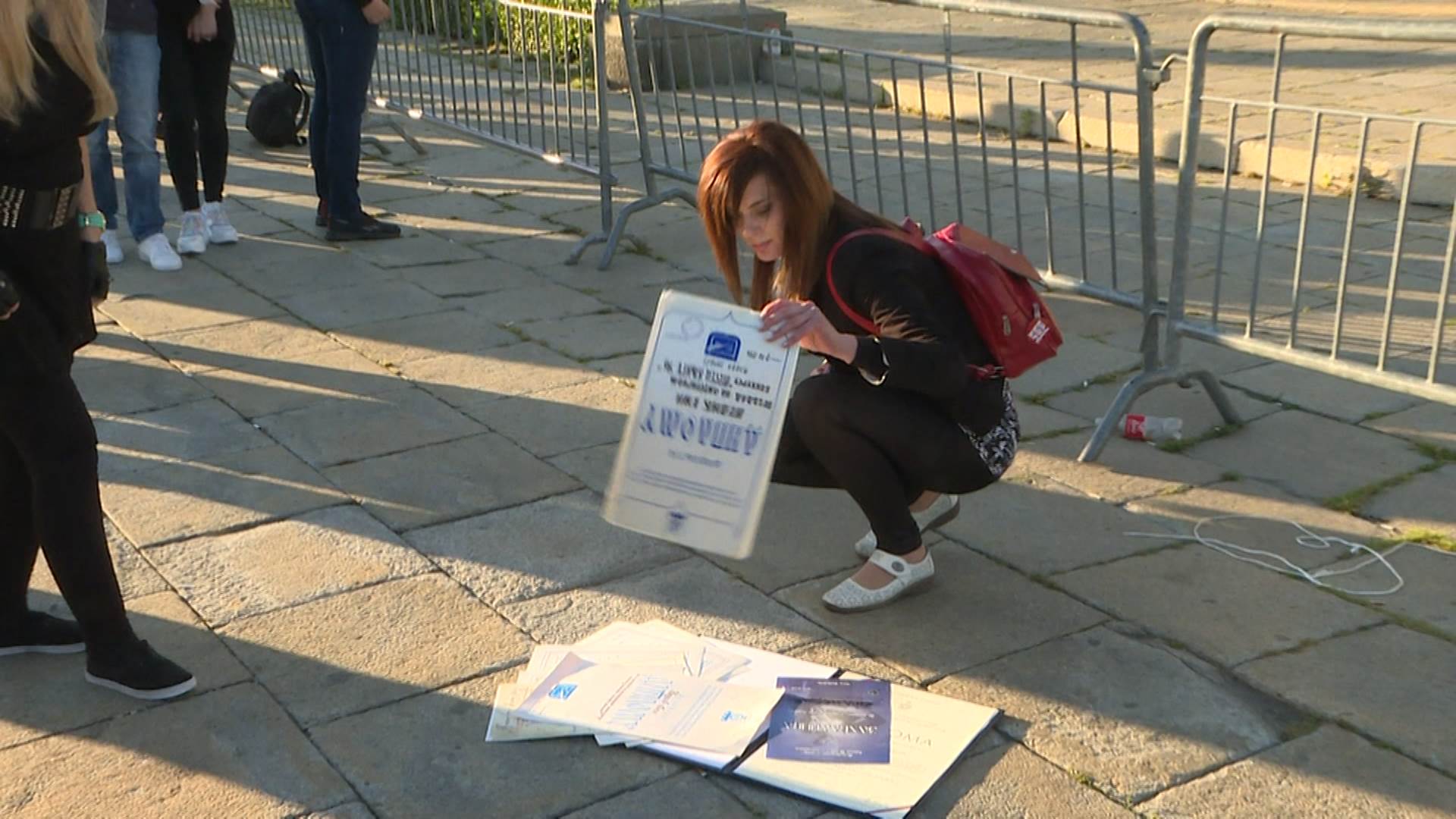 In front of the National Assembly building, the professor burned all her Vuk diplomas, university diplomas and licenses she had acquired so far, and said that she did not want to live in a country like this.

“I must mention that I am doing this exclusively under my own direction, on my own initiative, without instructions at any time, in order to thank the paradoxical state for the chance with a symbolic gesture. In my own name and on behalf of all young people and educated people leaving this country,” said Nedic .

As she stated in her address to the journalists and those gathered in front of the assembly, “she is extremely ashamed” because of the situation in the country.

Serbian language teacher Ena Nedic from Novi Sad set fire to her diploma in front of the assembly.
Aleksandar Vucic, look at the despair you brought to the hardworking, honest, educated people!

She called on all people “to understand that they are people”, adding, as she stated, that it is not important who has what degree but what kind of people we are, and that is not taught in colleges, but it is a school of life.

Burning her diplomas, she said that it was “devalued education”.

“It is a devalued knowledge for which sexual services are sought in Serbia, and a list of safe SNS voters for teachers to come to schools, and any just and righteous man … This is a symbolic gesture by which I bury my faith in this country and call on all normal people, free citizens to come together independently of political options and parties, to end this once and for all, ”she said.

To the comment of one man from the group of gathered “girls, don’t fire it”, she said that she is not a girl, but according to “Vučić’s statistics – young at 36”.

“I should already have an organized life, I am a parent, a mother, an educator and I am not Vučić’s youth, and I do not need a job in such an education system,” she replied.