HELSINKI — Finland and Sweden are expected to formally apply to join NATO later this month, in response to Russia’s invasion of Ukraine.

Both countries say Moscow’s actions have changed the security dynamic in Europe and the Kremlin’s nuclear threats require the collective self-defense that NATO can provide.

Finnish lawmakers are debating joining the alliance following the publication of a key security report earlier this month. A decision is expected in the coming days.

“It’s clear that everything has changed since Russia started the war in Ukraine,” Finland’s Minister for European Affairs Tytti Tuppurainen told VOA. “We have to do our own decisions now according to our own national interest. What is the best way to ensure the security of Finns and Finland? We are part of the West. And now you could see that this NATO membership is a sort of finalization of our Western integration.”

Tuppurainen said discussions in parliament over submitting a formal application are well advanced.

“It seems highly likely now that we will call for membership in the NATO alliance… We have been repeatedly told that we are welcome, and we believe so. We have a big military force in Finland. Our defense force is very strong.”

Sweden’s ruling Social Democrats are expected to announce their decision on applying for NATO membership on May 15. Both countries are considering submitting a joint bid.

For decades — even through the height of the Cold War — the Nordic countries plotted a careful course of neutrality and non-alignment, as the U.S.-allied NATO and Russia vied for supremacy in Europe. 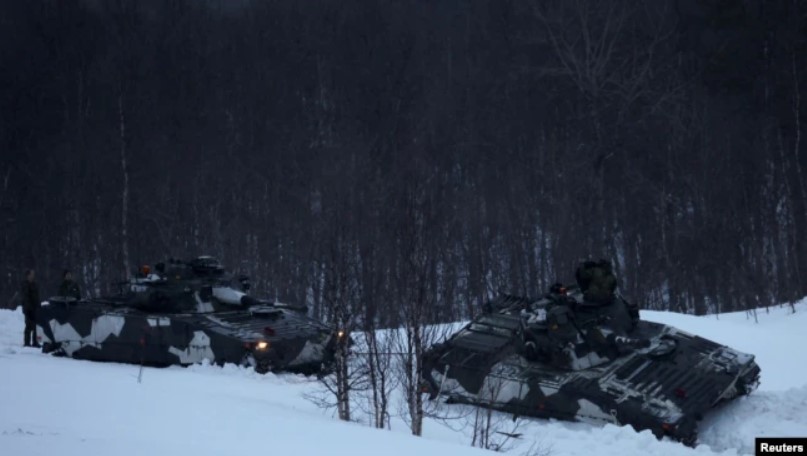 The politicians are now being led by public opinion, which has seen a dramatic transformation in the space of a few months since Russia began its invasion of Ukraine on February 24.

Helsinki residents who spoke to VOA said it was a necessary move to ensure the country’s security. “We cannot live with such an unpredictable neighbor in the way we used to. And so, NATO is the only option we end up with as a security solution,” said 56-year-old Helsinki resident Pekka Luhta.

Sanna Allt, who also lives in the Finnish capital, agrees. “If you look at the geographical facts, we are the only non-NATO neighboring country to Russia which hasn’t been invaded [in recent history]. So, I think that pretty much tells the reason why we should be joining. I don’t trust Russia that much.”

Both Nordic nations are members of the European Union. Their forces regularly take part in NATO military exercises and are skilled in Arctic warfare. They would significantly boost alliance capabilities in the Baltic and northern Europe, where Russia maintains a massive military presence.

“It would be a substantial group of Nordic nations within the alliance in the future. And this has a meaning. The second is military capabilities and know-how. So, I think we have a modern, capable defense [force] that we have been building throughout the years,” Brigadier General Sami Nurmi, director of the policy department at the Finnish Ministry of Defense, told VOA. “Our policy had been to try to build a relationship with Russia, that we would have some kind of trust and understanding of each other’s actions. And we have lost that now.”

Nurmi said Russia’s actions had completely changed the security situation in the region.

“They have shown that they are willing to use it against a sovereign nation in Europe. And this is what worries about Finland, with 1,300 kilometers of the border [with Russia],” he added.

Russia has threatened what it calls a “military-technical response” if Finland and Sweden join NATO, including deploying nuclear weapons in the Russian enclave of Kaliningrad. But such nuclear threats may have backfired, says Charly Salonius-Pasternak, a security analyst at the Finnish Institute of International Affairs.

“It is speaking out this threat in a way that we did not really even see during the Cold War, which is of some concern — and one of the outspoken reasons for the Finnish political elite to say Finland’s defense may be strong, but we will never be able to build a robust nuclear deterrent. The only way to do that is by joining NATO.”

Before his invasion of Ukraine, Russia’s President Vladimir Putin demanded that NATO pull back its forces in eastern Europe. Instead, the alliance looks set to admit new members.

“Russia had even said that deepened cooperation with NATO, or simply between Sweden and Finland, would be a red line,” Salonius-Pasternak said. “So, to now have radically changed these two countries’ security and defense policy thinking in a matter of months certainly must be seen as yet another strategic failure by Putin.”