In remembrance of President Mustafa Kemal Atatürk, today I’m traveling around Istanbul to visit some of the president’s most beloved spots in the city

This week very few could have avoided seeing Mustafa Kemal Atatürk, the founder of the modern Republic of Turkey, pasted across every billboard and TV screen. Nov. 10, known as “Atatürk Memorial Day” in Turkey, is the anniversary of his untimely death. Every year, the country stands still and collectively mourns again.

In prior weeks I wrote a bit about Mustafa Kemal’s youth and traveled around Istanbul to see some of the spots that were most important to him during that period of his life. Now, I want to celebrate not Mustafa Kemal but “Atatürk,” the man who became crystallized in the collective memory of the country.

Atatürk’s relationship with Istanbul in the later years of his life was an interesting one. After spending four years away from the city fighting the War of Independence, he surprised many by not coming to visit the city. His home of Thessaloniki (then known as Salonica) was now gone from him; the closest thing that Atatürk had to his hometown was the old capital where he had studied and worked, and where his family had lived for years. Yet when the occupying Allied forces left Istanbul in 1923, Atatürk did not come to visit. Necdet Sakaoğlu in the Istanbul Encyclopedia notes that in this period, Istanbulites started to believe that the president was spurning the old capital. Many Istanbul citizens sent telegraphs of protest. The president received many invitations to important events in the city. Yet, years passed and Atatürk never visited. The only reason he did not visit the city, despite many invites, must have been political. So, why?

Today in Turkey it’s almost unthinkable to spurn Atatürk, but once upon a time, the president was not yet the universally beloved figure he is now. He struggled with the opposition to himself and his reforms. This opposition bore unfortunate fruit in 1926, when a plot to assassinate Atatürk was uncovered in Izmir, sparking dozens of arrests (and many death sentences) of high-level officials. It was a difficult time for all.

In August, the new capital of Ankara was overcome by shock from the change brought by the sentencing of many of its leaders. Just two months later, Istanbul put forward a show of elegant solidarity. On Oct. 3, 1926, the city’s government revealed a 3-meter (10-foot) tall statue of Atatürk to honor their president (and, would you believe it, you can actually find the silent film of the unveiling ceremony on the internet). In such a tumultuous time, it was a timely reveal. But still, Atatürk did not come to the ceremony.

The statue is the first spot I visited this week and was very easy to get to. It is situated on the seafront just down the hill from Topkapı Palace and Gülhane Park, where the peninsula becomes a point. I recommend doing what I did and getting off the Gülhane tram station and walking the rest of the way.

Beyond its relevance in Atatürk’s life, the statue itself is also noteworthy in Turkish art history. It is the first public statue of a human figure, something I imagine would have been difficult to erect in an Islamic country prior to this date. The statue was commissioned by Austrian sculptor Heinrich Krippel, who made the bronze-casted sculpture in his workshop in Vienna and then shipped it over. The newly restored statue shows Atatürk in a confident pose, wearing civilian clothes with no hat. I find it gives it a casual and almost personal appearance to the figure.

After seeing the statue, I walked to the sea and sat on one of the large boulders on the seafront. A passing salesman sold me some tea, and I lost track of time. The cape offers an incredible view of both the Bosporus and the Golden Horn. Just make sure to avoid the hooks of all the fishermen!

HIDDEN HISTORY: The New World Order and the Fall of the Ottoman Empire

Atatürk finally made his much-awaited visit to Istanbul in July 1927, four years after the declaration of the republic. The city rushed to the streets to greet him. Lantern processions and festivities were held in his honor and lasted until morning. Atatürk mingled with the people on foot. He took a tram and did not hesitate to pay for his ticket. He strolled around Galata and Beyoğlu, going into the various eateries he frequented as a young man. It was a sharp contrast to the sultans of the past, who only appeared distantly in public during Friday prayers.

One of the spots Atatürk visited on his first day was the famous Lebon Patisserie on Istiklal Street, Beyoğlu, the first of its kind in the city. Today the main reason I’ve chosen Lebon, among many other options, is because I’ve heard rumors around the internet that it’s about to close. Many of the places Atatürk visited that day are now long gone: Tokatlıyan Hotel, Elhamra Cinema, the casinos of old … Lebon is one of the few that has stood the test of time (until now), and I want to get one last sniff of that old Istiklal before it’s gone forever.

The Lebon of today sits just across the street from its original spot. Salah Birsel, in his book “Ah Beyoğlu Vah Beyoğlu,” explains that the eatery was created by Frenchman Lebon Edouard to be a European-style cafe that served both meals and desserts. It became famous in the city for its novel style and delicious desserts and was patronized by a who’s who of famous clientele.

The Lebon today is very different. It serves a small clientele with its very quintessential Turkish patisserie menu. When I entered, I was reminded of the patisseries of my childhood. We know that Atatürk ate some ice cream there during his visit, but I decided to have an assortment of eclairs and pastries with my tea. Everything was fresh and delicious.

While there, I learned some great news. The original location of Lebon Patisserie, which was once bought out by another famous eatery called Markiz Patisserie, is now being restored by the Istanbul Municipality. The building’s famous art nouveau panels of beautiful women and gorgeous wooden walls still stand, and I’m beyond excited that I will get to come back in a few months to see it.

While Atatürk’s youth was spent in the neighborhoods of Beşiktaş, Şişli, and Beyoğlu, in his visits to Istanbul in later years the president spent his time working tirelessly in Dolmabahçe Palace. But even the hard-working president needed the occasional break.

In 1932, after the president spent his summer in Yalova, he became interested in the Istanbul neighborhood of Florya and ordered a public beach be created there. Florya, while highly populated nowadays, was then but a quiet and distant suburb. In 1935 Atatürk had a beautiful mansion built right over the sea and used it as his summer residence.

Florya became the much-beloved relaxation spot for the overworked president. In the year of 1936, the city watched as the president put on his swim trunks and spent time on Solaryum beach, the city’s first public beach. The president was a fan of many activities, especially swimming and rowing. Until then people had often frequented the sea through “sea hammams,” which were separated according to gender. Atatürk encouraged a new kind of summer holiday that involved mixed public beaches and rigorous activity. Perhaps it was a change that had already begun – my grandmother and grandfather actually met at a sea hammam in Bakırköy, when my grandmother swam outside of the women’s side. But Atatürk definitely had a hand in speeding up the process.

Today the Marine Mansion is a gorgeous museum full of memorabilia from Atatürk’s time there. I even spotted a spare pair of his swimming trunks. The building itself is also very unusual, built in the Bauhaus style that prioritized function and style. Currently, it’s open between 9 a.m. and 3 p.m. It was very easy for me to get to Sarayburnu. Just walk to the Sirkeci Marmaray Station and take the underground to the Florya Train Station. From there it’s less than a five-minute walk. It takes an hour total, so I recommend doing what I did and going outside of rush hour, so you can sit and relax on the way. 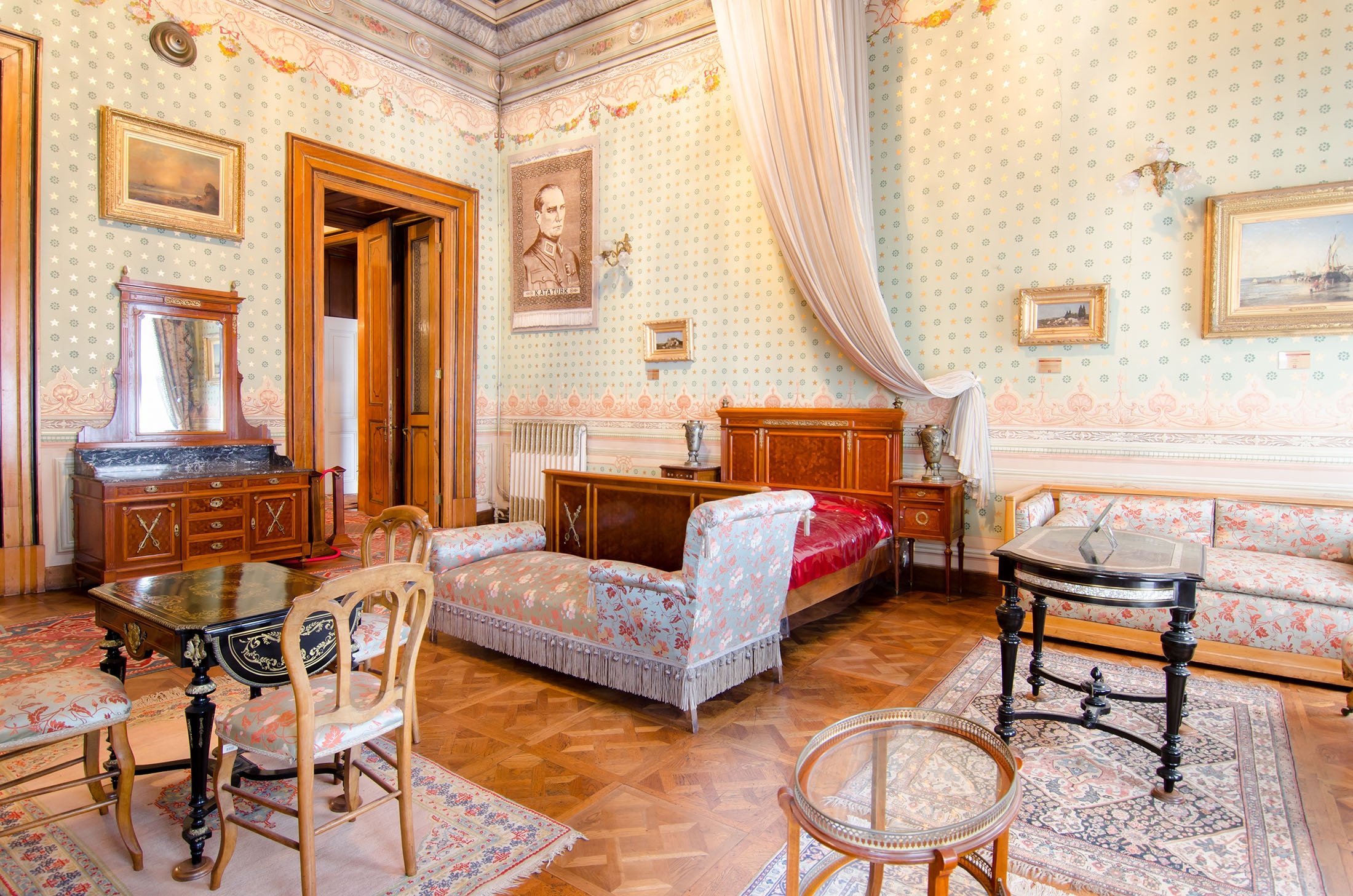 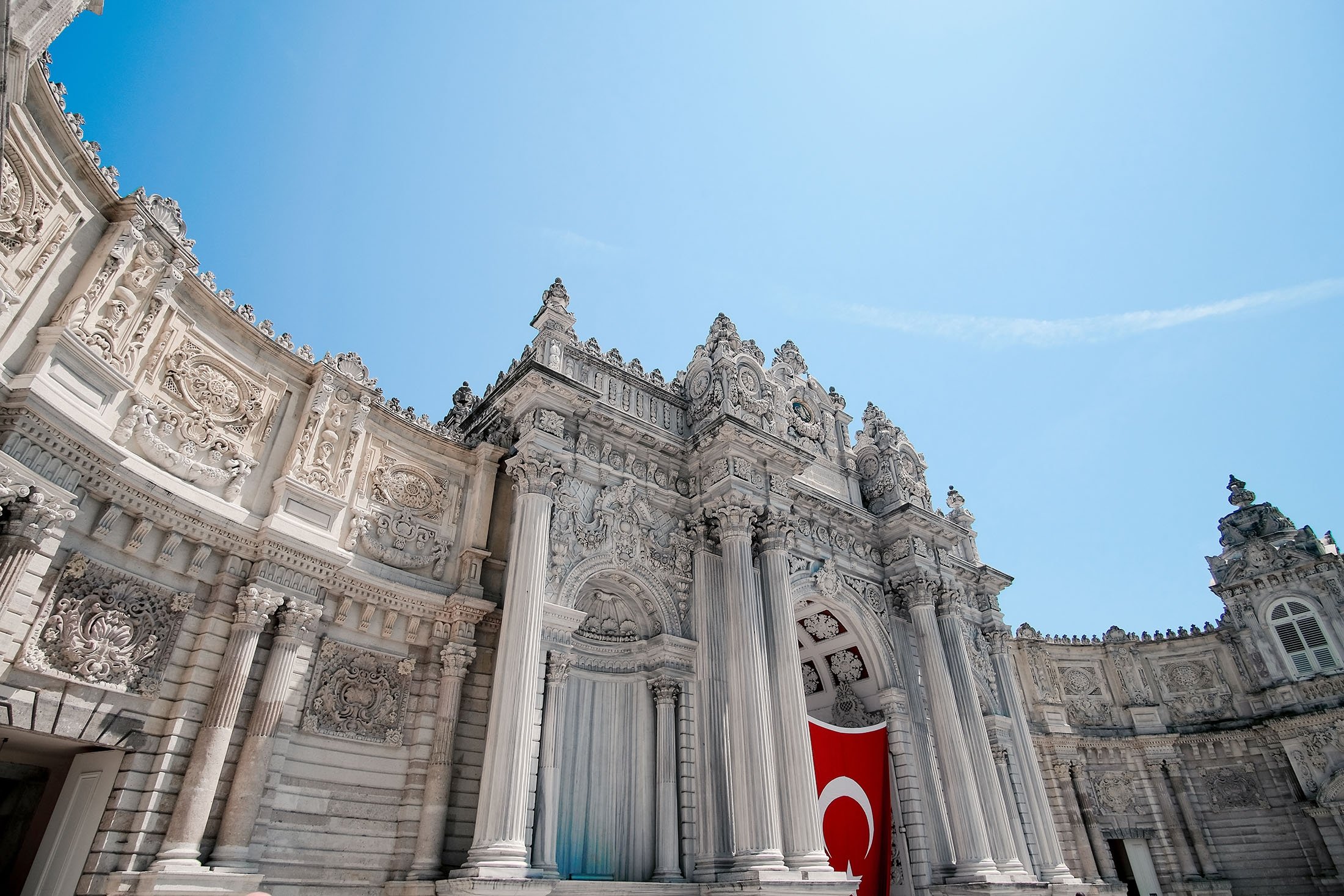 The next day I headed to Dolmabahçe Palace, the residence of Ottoman sultans and the seat of the government in the 19th and 20th centuries. After the declaration of the republic, the newly formed government used the palace to host many foreign dignitaries and key academic events. It was also Atatürk’s main quarters during his stays in Istanbul and where he did most of his official business.

I headed there this year a bit early, avoiding the endless throng on his anniversary on Nov. 10. I love Dolmabahçe Palace for my yearly journey here but also for its rich history and gorgeous architecture. If you are one of the few who have not visited the palace yet, head on over. But watch out, unlike the other locations on this list, it’s not free to enter: Ticket prices are currently TL 80 ($8) for Turkish citizens and TL 120 ($12) for foreign nationals.

In January 1938, Atatürk was diagnosed with cirrhosis of the liver. He had fought almost nonstop from one war front to the other. He was known to be quite a workaholic and throughout his life had used heavy drinking to cope. It had all finally caught up to him. After a short stay on the ship Savarona in hopes it would improve his health, he was moved to Dolmabahçe Palace. His health quickly deteriorated, and just months after the first diagnosis he sat to write his will. He died in his bedroom at Dolmabahçe Palace on Nov. 10, 1938, at 9:05 a.m.

The city of Istanbul mourned for its country’s lost leader. A French author named Emile Bouery, who saw the events unfold, is quoted in the Istanbul Encyclopedia as saying: “Turkey’s old capital was in an unrecognizable state. The nation was one body crushed by pain, everywhere was distraught people, eyes filled with tears, quiet streets.” After his funeral, Atatürk’s casket was placed in the palace, and for three days throngs of people visited him, day and night.

Today Atatürk’s quarters at Dolmabahçe Palace are open to the public and stand as they once were. The only change is a lush Turkish flag carefully spread across the bed where he departed from this world. Every year throngs of citizens visit his bedside here, just like those three days in 1938.