The first address of the European Commission since the pandemic was highly anticipated by all the citizens of the EU block. 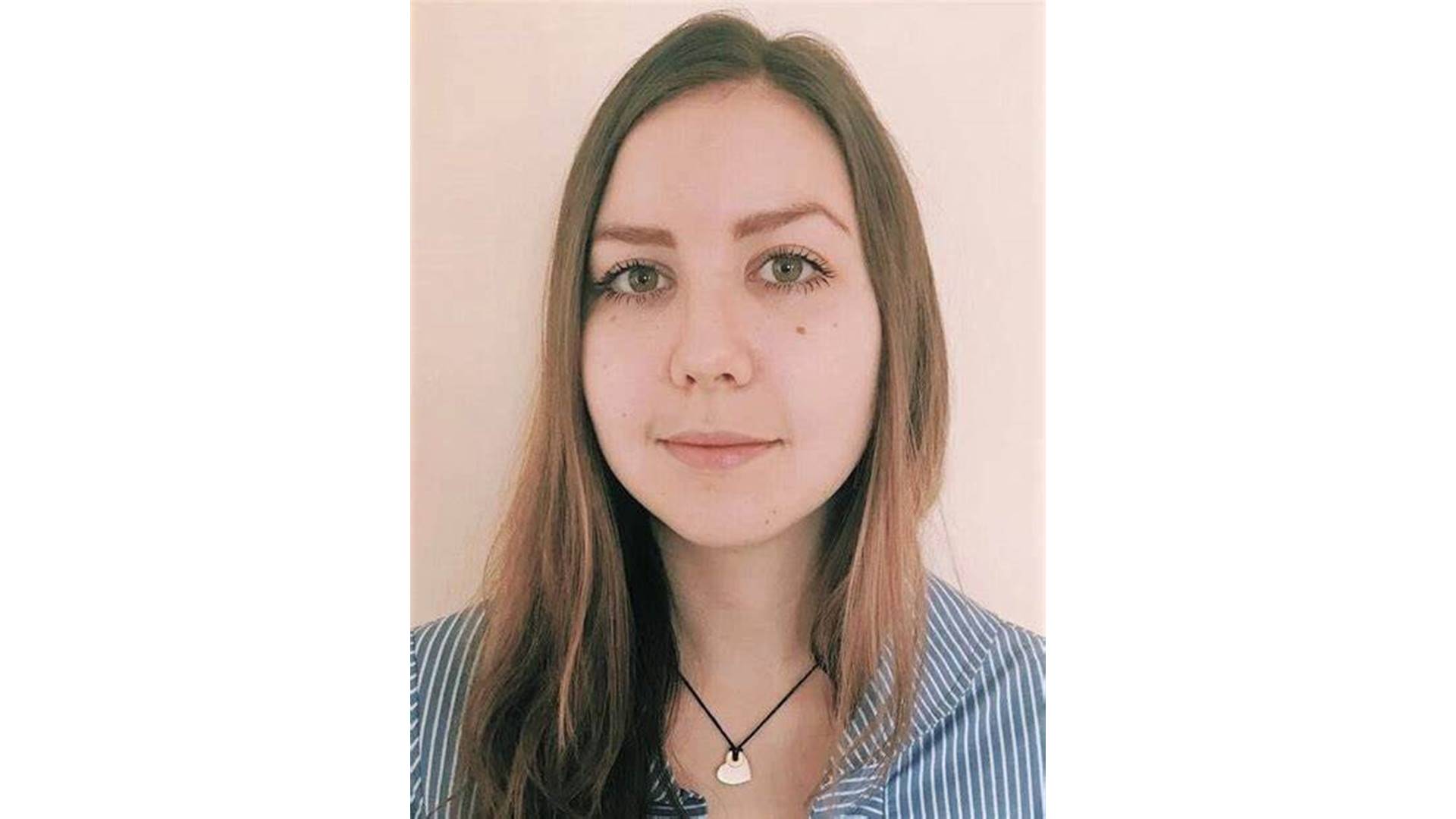 On September 16, President Ursula von der Leyen took it upon herself to reveal the EU’s roadmap for a post-Covid world following the approval of the recovery funds last July which constituted a breakthrough and sent a welcome signal in terms of cohesion and solidarity on the part of the 27 members.

Aside from paying tribute to our frontline workforce and praise the courage and human spirit showed by all in the face of virus spread, von der Leyen set out what she called Next Generation EU; a movement to breathe new life into the EU but also and most importantly to adapt and lead the way into shaping tomorrow’s world.

Through her speech, the president highlighted roughly 8 key themes which will be at the centre of this new European era’s agenda for the next 12 months, in accordance with the cardinal principles of trust, tolerance and agility.

In other words, the 750 billion recovery funds raised extra-ordinarily will be directed towards the following areas:
1° Economy: the Union members must all-breed economies that offer protection, stability and opportunities in the face of the continuous health crisis with a specific wish expressed for a stronger Health union – and thereby an extension of the Union’s competencies on the matter – but also the advent of European minimum wages.
2° Green Revolution: the Union will adopt more radical attitudes towards mitigating climate change and safeguarding our planet, starting with the ambitious aim of becoming the first climate-neutral continent by 2050 through the EU’s Green Deal. So-called ‘lighthouse’ high-impact and hydrogen-based projects will become an additional focus.
3° Technology: Europe has to step up its game and become a digital leader through securing industrial data and using it to support innovation. Delineating the use of AI by regulating the field, creating a secure EU e-identity and ensuring connectivity deployment so as to fully cover rural areas are also high on the list.
4° Vaccine management: The Union praises the open approach followed up until now in facing the virus whilst many others have opted for withdrawal and undercutting of cooperation. Having served as an example regarding vaccines research and funding, the EU must uphold its policy all the way to the finish line and ensure its accessibility for every citizen around the world.
5° Multilateralism: the current international order system needs some rethinking and international institutions need reform in order to de-paralyze crucial decision-making in urgent situations. This starts with the EU taking faster univocal positions on global issues (Honk-Kong, Moscow, Minsk, and Ankara) and systematically and unconditionally calling out any HR abuses whilst building on existing partnerships with EU’s like-minded allies.
6° Trade: Europe will be made out as a figure of fair-trade by pushing for broker agreements on protected areas and putting digital and environmental ethics at the forefront of its negotiations. Global trade will develop in a manner that is just, sustainable, and digitized.
7° Migration: A New Pact on Migration will be put forward imminently as to act on and move forward on this critical issue that has dragged for long enough; in that regard, every member state is expecting to share responsibility and involvement including making the necessary compromises to implement adequate and dignifying management. Europe is taking a stand: legal and moral duties arising from Migrants’ precarious situations are not optional.
8° Against hate-inspired behaviours and discriminations: A zero-tolerance policy is reaffirmed by the Union by extending its crime list to all forms of hate crime or speech based on any of the sensitive criteria and dedicating budget to address de facto discriminations in sensitive areas of society. It is high time to reach equal, universal and mutual recognition of family relations within the EU zone.

Granted, the European ‘priorities forecast’ feels on point and leaves us nearly sighing in relief for it had been somewhat longed for. The themes are spot on, catchwords are present and the phrasing of each section is nothing short of motivational with the most likely intended effect that the troops will be boosted and spirits lifted subsequently.

When looking closer to the tools enunciated for every topical objective, there seems however to be nearly only abstract and remote strategies to get there.

This is because a great number of the decisive steps that the Union wishes to see be taken depend on the participation of various instruments and actors.

Not only does it rely for most on the converging interests, capabilities and willingness of nation-States (inside and outside the eurozone), but it is also contingent on the many complex layers and bodies of the Union itself.

And when a tremendous amount of the proposed initiatives for European reconstruction is reliant on such a far-reaching chain of events, it simply calls into question the likelihood for the said measures and objectives to be attained – or at the very least in which timeframe.

One might then rightfully wonder whether good and strong willpower coupled with comprehensive projections can be enough. And perhaps in the same vein, whether we can afford to wait and let it play out in order to find out?

In his recent writing Giles Merritt, founder of the platform ‘Friends of Europe’ tends to suggest we most certainly do not have the luxury of waiting it out and not pushing the forward-thinking even further. Indeed, according to him, Europe could and should do more.

More than a call for action and change that might end up echoing and fading in the depths of the EU’s bureaucracy, the Union would be expected to back up its ambitious intentions with the setting up of an independent planning agency to ‘ensure revolutionary ideas and projects are speedily implemented’, to borrow Merritt’s words.

Whilst van der Leyen’s announcement was promising and efficient in that it sent an important message – the EU is wanting to get in the driver’s seat – only the follow-up with radical motions such as the creation of a readily available tool to implement fast and impactful changes can lend support to a claim that Europe is in a position to resolve current internal and external EU challenges, and more generally to bounce back from conceded decline suffered in the most recent decades.

As a matter of fact, Diplomat Ali Goutali and Professor Anis H. Bajrektarevic were the firsts to make an analysis in that sense as they articulated their proposal for the Organization of Islamic Cooperation (OIC) earlier this year.

Faced with similar challenges and need for sharper thinking and tools in order to be at the forefront of the economic and technologic challenges ahead, the OIC had relied heavily on its Committee on Scientific and Technological Cooperation and agenda reform to reinforce its cooperation and innovation capabilities as a global player.

Nevertheless, Goutali and Bajrektarevic already felt months ago that additional steps ought to be taken for the OIC to be able to respond swiftly and reaffirm further its mandate of facilitating common political actions.

To that end, it was suggested that a mechanism for policy coordination in critical times – the Rapid Reaction Capacitation – in charge of, primarily, vaccines management and AI applications should be introduced.

Furthermore, the stakes behind the urgent need of strengthening our international order through cohesive endeavours are evidently the same for both the EU and the Arab World.

That is to permanently leave behind a pseudo-competitive nation-based attitude that is nothing but a relic from the past and has achieved little in the context of the Covid outbreak.

Hence, if such an independent body was to be established, all three authors agree that it could gather the indispensable political power and resources to carry out the desired reforms on multilateralism, cyber and digital infrastructures, Covid recovery measures or geopolitical partnerships.

Necessarily streamlined in order to avoid undue blockades, these new regional bodies could be composed of energetic forward thinkers across the private and public sectors empowered to map out and act on adequate strategies for a post-Covid world.

This is because we all share the same goal: achieving solidarity not only on paper or as a conceptual motto but in real life and in real-time. And after all, didn’t von der Leyen herself concur with that line of thinking as she enjoined Member states to move towards qualified majority voting to avert slow and cumbersome decision-making processes?

It seems pretty clear to me that such discussions in relation to the aggressiveness in actions and potential bureaucratic barriers might raise an old-as-the-world yet still very important questions: Should we, Europe, be ready to risk losing some of the legitimacy or democratic aspects of our political bodies in order to gain in speed and efficiency in times of crisis?

And if not, considering the embracement of some of our supra-national entity’s actions is already on shaky grounds, how can we ensure that such bold measures may still be reconciled with maximal legitimacy given our equally urging need for unity?

About the author:
Nora Wolf is a Swiss-based international politics and economics specialist from the Kingston and University of Geneva. Her expertise includes Human Rights, Humanitarian Law and International Criminal Law in an inter-disciplinary fashion for the EU and the UN-related thinktanks and FORAs. She is currently attached with the IFIMES Permanent Mission to the UN Geneva as the second alternate.

Footnotes:
[1] IFIMES – International Institute for the Middle East and Balkan Studies, based in Ljubljana, Slovenia, has Special Consultative status at ECOSOC/UN, New York, since 2018.