Visit to New York – a walk through the ‘NEW AGE’. The Hudson Yards is the largest investment venture in U.S. history, and Wessel represented the New York version of the Eiffel Tower

Now the future of Vessel as an important center of the greatest development in Manhattan from the Rockefeller Center is in uncertainty.

That July morning we planned our first longer walk through New York. From the east coast, we traveled by subway (subway) one-stop below the East River and a couple more stops to get to the west of Manhattan, specifically to Hudson Yards Square.

After getting out of the elevator, we were greeted by King Kong, who dozed back and ‘suffered’ for every tourist eager to take a photo of that old New York movie star to sit on his palm. At my daughter’s urging, I waited in line and took a photo in the palm of King Kong’s hand.

The plan was to visit this new shopping center with shops of elite brands. We also planned breakfast at one of the colorful restaurants in the center. In some of them, the daughter (engineer) worked on the power design for electrical installations.

In front of the center, I watched the forest of skyscrapers surrounding the square.

In the very center was an unusual building called Vessel, a structure like a honeycomb and brown in color, which spread from the bottom to the top. To the multitude of glass skyscrapers, Wessel looked like it was made of wood, but it was of iron construction in the shape consisting of 2,500 steps, 80 plateaus, and an elevator.

As I found out, the building can accommodate as many as 1,700 visitors at one time, and its construction cost as much as $ 200 million.

In the very center of the building, a circle widens from which visitors can view the entire interior of the Vessel. The sculpture, at the same time, represents only the center of this neighborhood. The Hudson Yards is the largest investment venture in U.S. history, and Wessel represented the New York version of the Eiffel Tower.

We walked into the restaurant to have breakfast. A sandwich with avocado and vegetables and some fruit yogurt was my first breakfast outside the house.

After breakfast, we toured some of the exclusive shops and the daughter bought each of the housemates some new clothing for the upcoming Eid al-Adha.

I don’t know if I should mention that at least for me, longer tours always cause physical fatigue accompanied by the desire to return home as soon as possible. After a couple of hours, we found ourselves in the center of the neighborhood again, and there were now a lot of people and cars in front of Vessel.

As we learned from those present who set up a line down the street, a film crew from some famous TV series was expected.

We were more tired than curious so we paused for a bit and headed back down towards the dozing King Kong below which was a subway elevator.

My daughter then told me interesting things about Vessel, who stands out from his surroundings with his architectural appearance. From her story, I learned that there have been several suicides there in the last 15 months, which is why Vessel was temporarily closed from January this year to May.

She pointed to the increased police security in front because the authorities were considering how to prevent these unpleasant events. One of the measures was that no visitor could go alone to tour and walk through this oval gazebo from the perimeter of which a greater view was provided and even the Hudson River could be seen on the west side.

Sending messages to the public was a key part of the Wessel suicide prevention plan when it reopened in May with new security measures. The ticket was charged $ 10, required people to come with another person, hired staff and security to watch out, and put up signs informing visitors how to get help.

There really was a lot of police at the entrance and the measures were working and we headed back. We ended the tour by ‘waving’ to King Kong and canoeing towards the subway elevator. 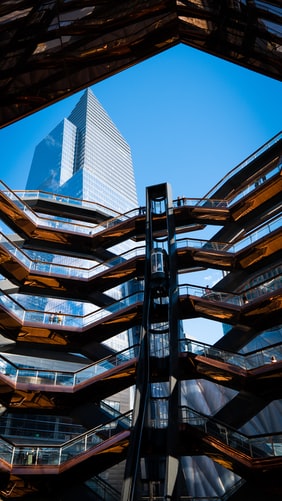 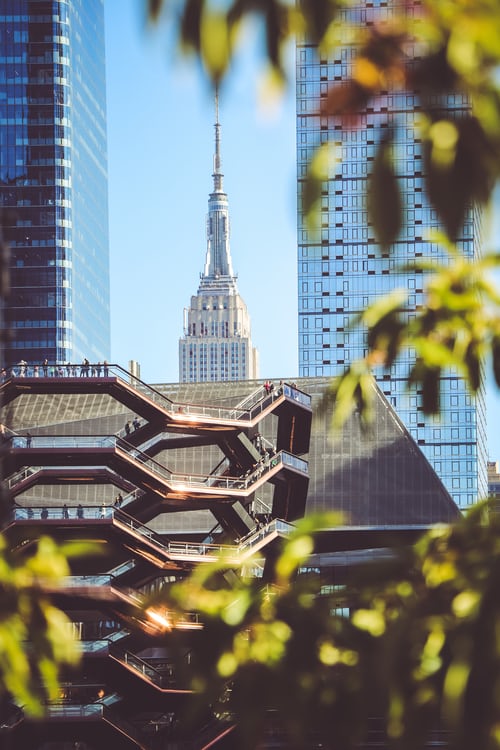 It was our first walk, but the story of Vessel in the square later got another sad epilogue.

Another suicide happened before I left.

A 14-year-old boy jumped from the facility, although the precautionary measures taken were respected. Namely, he entered together with his parents and jumped from the building. After this tragic event, the Vessel was closed to visitors again.

The public was alarmed by the unfortunate event, so Hudson spokeswoman Yarda Kimberly Winston said in a statement: “We are broken because of this tragedy and we are thinking with the family of a young person who lost his life,” she said. “We’re conducting a full investigation. The vessel is currently closed.”

This was the second time Wessel had been imprisoned for suicide. Now the future of Vessel as an important center of the greatest development in Manhattan from the Rockefeller Center is in uncertainty. The question is can the Vessel survive?

The New York media wrote a lot about the unpleasant event. I thought about what made the boy take his own life at the moment of visiting Vessel, in front of his parents, moments that should have looked like a relaxed walk.

What kind of disgust is it that makes people take their own lives? Hundreds of millions have been spent on its design, to look unusual, futuristic. Maybe it seems more extravagant, cold, it should have looked more humane, like something that confirms life, not to look like a closed vessel.

According to Jacob Alspector, a distinguished lecturer at the School of Architecture at City College in New York: The central point of architecture and design is that the built environment influences how we feel and act. Vessel – surrounded on all sides by concrete, glass skyscrapers, and rough commercialism. It is very dark, it is very cold.

Reading comments like this I wondered if there was any reason more than the design itself? Why did all this happen and what makes people commit suicide? Why would anyone pay 10USD, a suicide ticket?

Even now I do not know the answer to that difficult question.

As I walked Istanbul I ‘walked’ through past centuries, OLD AGE and I was saddened by the fact how little human life was worth then. People of that time were killed even for small things.

The people of the ‘NEW AGE’ are killing themselves, neither the luxury nor a high standard of living is a guarantee of the will to live which is devastating.

(VIDEO) War on information and social networks! Footage of Azerbaijani soldiers killed and a destroyed bus with Armenian soldiers