Italy was engaged in a war of words with Russia today over allegations Moscow hid spies among doctors it sent to the country’s coronavirus epicentre.

Moscow then dispatched nine aircraft and more than 100 experts along with medical supplies to Milan, the epicentre of Europe’s coronavirus outbreak.

But anonymous sources within the Italian Government told La Stampa newspaper that the Russian delivery contained equipment for bacteriological disinfection and a field laboratory for chemical-biological sterilisation – not ventilators and PPE.

‘Of those Russian supplies, 80 percent were completely useless or of little use to Italy. In other words, the delivery was more like a pretext,’ one source alleged.

Officials claimed that Russia’s 104-strong contingent, run by the military, is likely to contain operatives from the GRU intelligence wing.

They also said that Mr Conte accepted the package, dubbed ‘From Russia With Love’, in order to secure a good personal relationship with Mr Putin.

Moscow dismissed La Stampa’s report, with Ambassador Sergei Razov telling state-run RIA Novosti news agency: ‘Such assertions are the product of a perverse mind. A selfless desire to help a friendly people in trouble is seen as insidious.’ 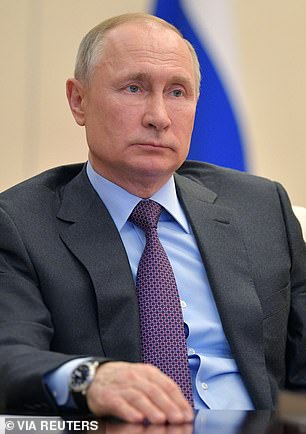 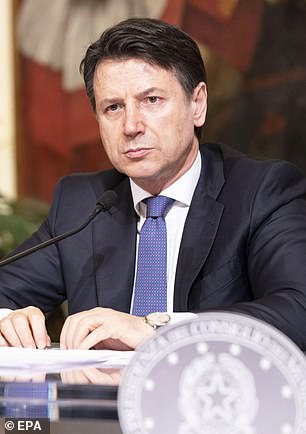 Its Defence Ministry accused the Italian paper of ‘hiding behind the ideals of free speech’ to spread stories reminiscent of ‘anti-Soviet propaganda’.

The Italian Government subsequently told Russia to back off, saying: ‘Freedom of expression and the right to criticise are fundamental values of our country.

‘While grateful for Russia’s support, one cannot but criticise the inappropriate tone of certain expressions used by the Russian Defence Ministry spokesman.’

It said Moscow had ‘the right to respond, but in a formal and correct manner’.

She insisted that Italians near Milan had ‘met the Russian column of trucks with applause, singing the Russian national anthem’.

La Stampa said it was ‘sorry and surprised’ by the range of Russian comments.

‘Our articles have raised questions – both from Italians and others – about the possible presence of intelligence officers in the Russian mission,’ it said.

According to UK chemical weapons expert Hamish De Bretton-Gordon, the fact that the Russian mission is headed by a general is suspicious.

‘It’s like all their Christmases have come at once. It would be naïve to think that they are not collecting intelligence,’ he told The Daily Telegraph.

‘Without a doubt, there are GRU officers among them’.

The UK Government is accusing GRU officers of trying to poison former Russian spy Sergei Skripal and his daughter in Salisbury in 2018.

US intelligence agencies believe the GRU hacked the computer servers of President Donald Trump’s Democratic rivals during the 2016 election campaign.