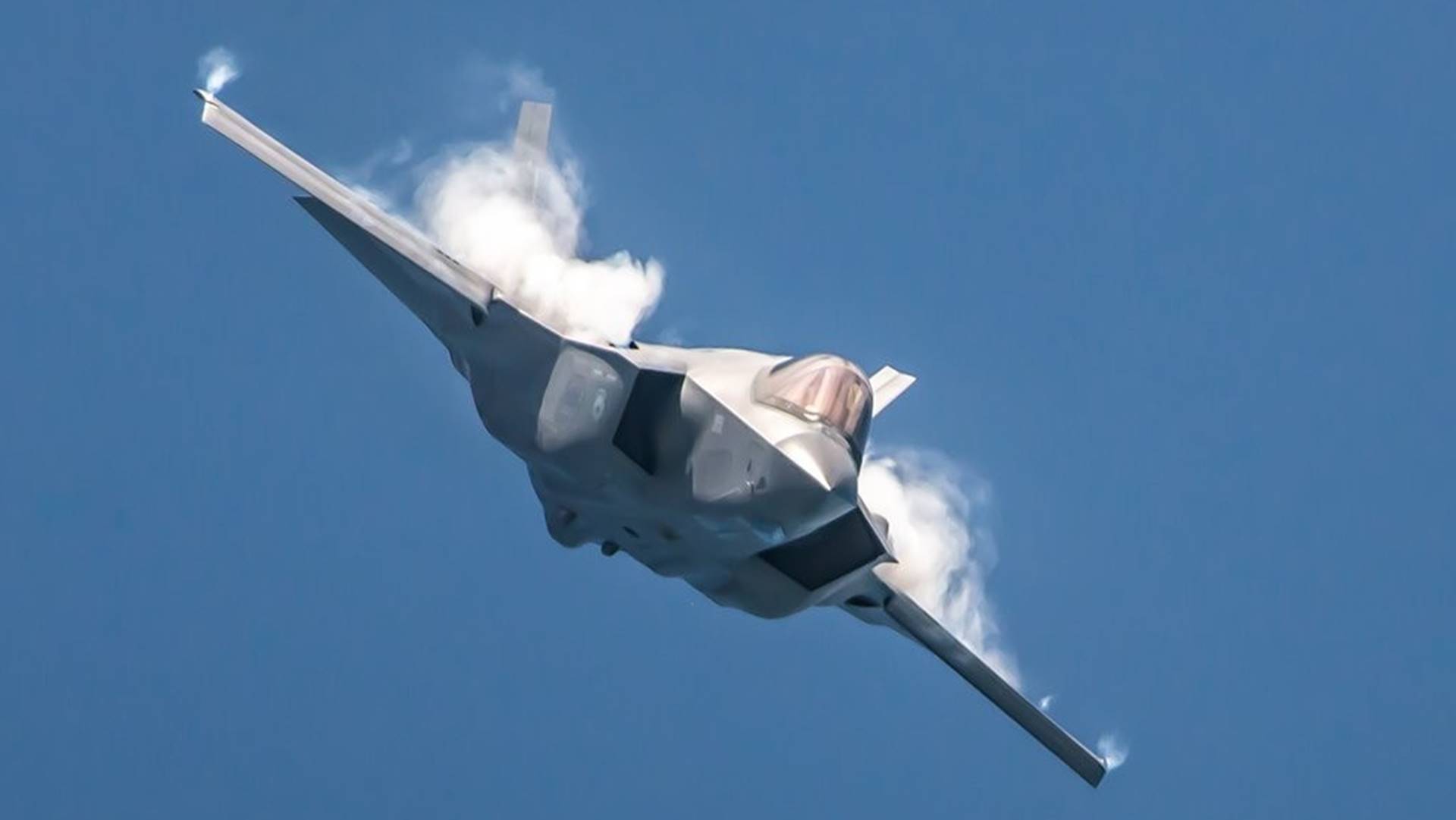 After removing an ever-expanding list of so-called Trump decisions, the USA now seems to be having its eyes on the Middle East. In stark contrast to former US-president Donald Trump’s business quid-pro-quo approach, Joe Biden’s administration is taking a more diplomatic approach towards the ongoing crisis in the Middle East region.

Without addressing yet the most difficult but pending issue of the Iranian Sanctions or JCPOA-agreement, Biden already has stepped up the pressure on the Arab countries by temporarily blocking US arms sales to Saudi Arabia and the UAE. In a so-called “historic” speech Biden yesterday addressed the US military support for the Saudi-led anti-Houthi alliance currently fighting a bloody conflict. International media have been largely focused on the perceived hard-line position taken by Biden, in which especially Saudi Arabia was pointed out.

By removing full-scale offensive military support to the Saudi forces, Washington seems to be pushing for a diplomatic solution to the year-long conflict, in which Saudi Arabia, the UAE, and others are fighting a proxy war against the Iranian supported Houthi forces. As was called for by international NGOs, UN, and US Democrats, Biden now is putting US military support on hold for offensive actions in this conflict.

Taking into account that the Biden administration announced on Wednesday a temporary hold on billions of dollars in arms sales to the United Arab Emirates (UAE) and Saudi Arabia, the heat seems to be on Riyadh, Abu Dhabi, and potentially Bahrain and Qatar too.

Diplomatic sources indicated that the move is a “routine administrative action” noting that it was standard for incoming administrations to review large arms deals initiated by outgoing administrations. Still, Biden’s moves are not going to go down very well in the respective Arab Gulf capitals.

Other major players, such as Egypt, Israel, and Jordan also will have their eyes on Biden’s moves in the coming months. Among the sales that have been put on hold is a massive $23 billion (€19 billion) deal to supply the UAE with 50 Lockheed-Martin F-35 stealth fighter jets.

The deal was made in the final days of the Trump presidency, after the November 6 election. Until now, it is not yet clear if other Trump arms deals are also targeted, such as the December 29 2020 approved potential sale of 3,000 precision-guided missiles, worth as much as $290 million, to Saudi Arabia.

Biden gets to work reversing Trump’s policies with Executive Orders

Arab reactions to yesterday’s Biden speech have been very positive, as could be expected. No Arab government will already be willing to put the relationship with Washington under pressure, even that inner circles inside of Riyadh-Abu Dhabi’s governing circles will not have been as diplomatic in their assessments behind closed doors.

Saudi Arabia’s Minister of State for Foreign Affairs Adel Al Jubeir stated US President Joe Biden’s “historic” speech confirms “America’s commitment to work with friends and allies” on resolving conflicts. The latter is a tacit but clear message to Washington not to forget the larger picture, which includes Iran, Iraq, and even geopolitics and energy.

Riyadh and Abu Dhabi do know that they hold several main irons in the fire, especially when related to the Iran JCPOA deal, or international oil and gas markets. 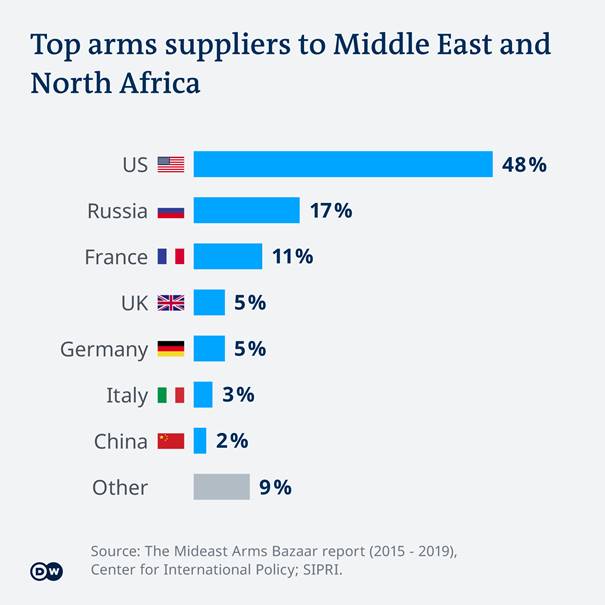 In the coming weeks, most probably months, the Biden Administration will be focusing on the JCPOA agreement and its constraints. Even that US Democrats and Europeans are hoping for a fast revamp of the Iran deal, skepticism should be in place as there are major stumbling blocks on the road to success.

First of all, the former JCPOA agreement has been already disqualified by a growing amount of Europeans with regard to the lack of control mechanisms. Secondly, Iran’s growing missile capabilities, currently used already in Iraq, Syria, Yemen, and Lebanon, are of great concern to the JCPOA signatories, Washington, and the Arab world.

Thirdly, Iran’s current posture with regards to nuclear enrichment is not taken lightly by all, especially Washington, France, and Germany. All these issues however are known and straightforward points of discussion. Biden’s views on most are still unclear, even that the new appointments in his Administration has been already a cause of concern for some. 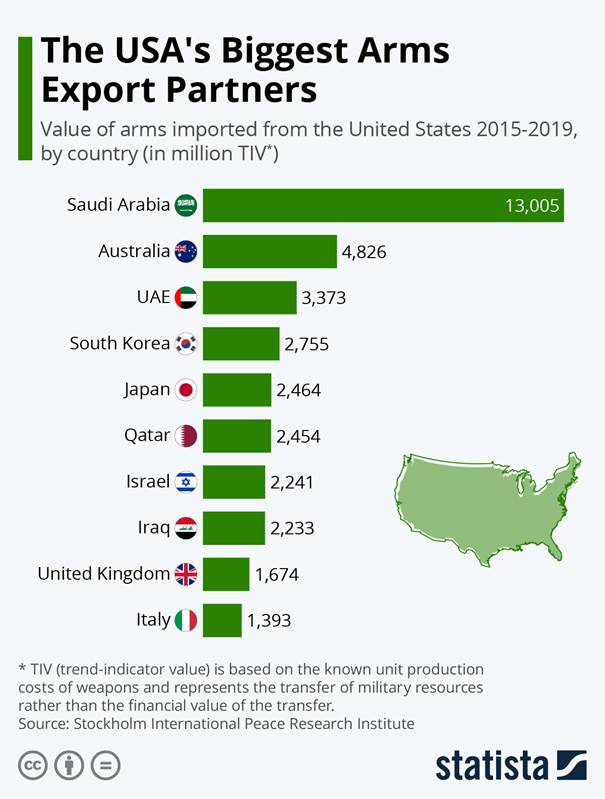 A still not cleared or even discussed issue is Washington’s future role and relationship with the Arab Gulf states. The first moves made by Washingtonians don’t seem to be very positive, as clear security related posture is taken very lightly.

This week’s postponement of arms deliveries and the blockage of so-called offensive arms to Saudi Arabia, and potentially others, could be a major step towards potential conflict further on. By taking the moral high ground, pointing at specific, somehow unrelated issues, Washington is stepping on very sensitive tows in several Arab capitals.

If this will be combined with a more positive attitude on the JCPOA future, without talking and including Saudi Arabia-UAE-Israel and Egypt’s concerns, a crisis is brewing. Since the Obama era, the friendly security and economic relationship between Washington and the GCC region have been dented severely.

Trump’s erratic behavior somehow was able to keep things flowing, but even their irritations surfaced. A new perceived pro-Iranian anti-Arab monarchy strategy could put Washington in the crossfire again. Israel, especially after the Abrahams Accords, and Egypt are already in play.

A new Iran, some even expect also a rehearsal of the Khashoggi issue, related confidence crisis will have its effects not only on US interests in the region but also on the US and European economies. A more non-alignment vision could give birth in the GCC arena to a willingness to increase already growing cooperation with Russia, China, and India.

Strategic posturing could also result in a less lenient approach towards Biden’s energy strategies and the US shale position. Instability is not yet there, but parties are currently reassessing the views on Biden.

The latter’s willingness to be again a populist president, this time looking at Democrats and NGOs, could be a warning to others to spread their risks and look for new friends. OPEC+ already is a major platform for this non-US biased economic future.

A broad US support for JCPOA and pressure on Arab regimes also could lead to a very volatile oil and gas market, not based on blockades of the Strait of Hormuz, but on a lone wolf approach of a still strong oil cartel, leaning already towards the East.