Four Minneapolis police officers involved in the arrest of George Floyd have been fired following his death.

Protesters have clashed with police in the US following the death of an unarmed black man, who pleaded he could not breathe as a white officer kneeled on his neck during an arrest.

Footage of the restraint was shared widely online after a bystander filmed the policeman pinning the shirtless suspect, George Floyd, to the ground in Minneapolis, Minnesota.

Four officers involved in the arrest have since been fired, with the city’s mayor Jacob Frey saying: “This is the right call.” 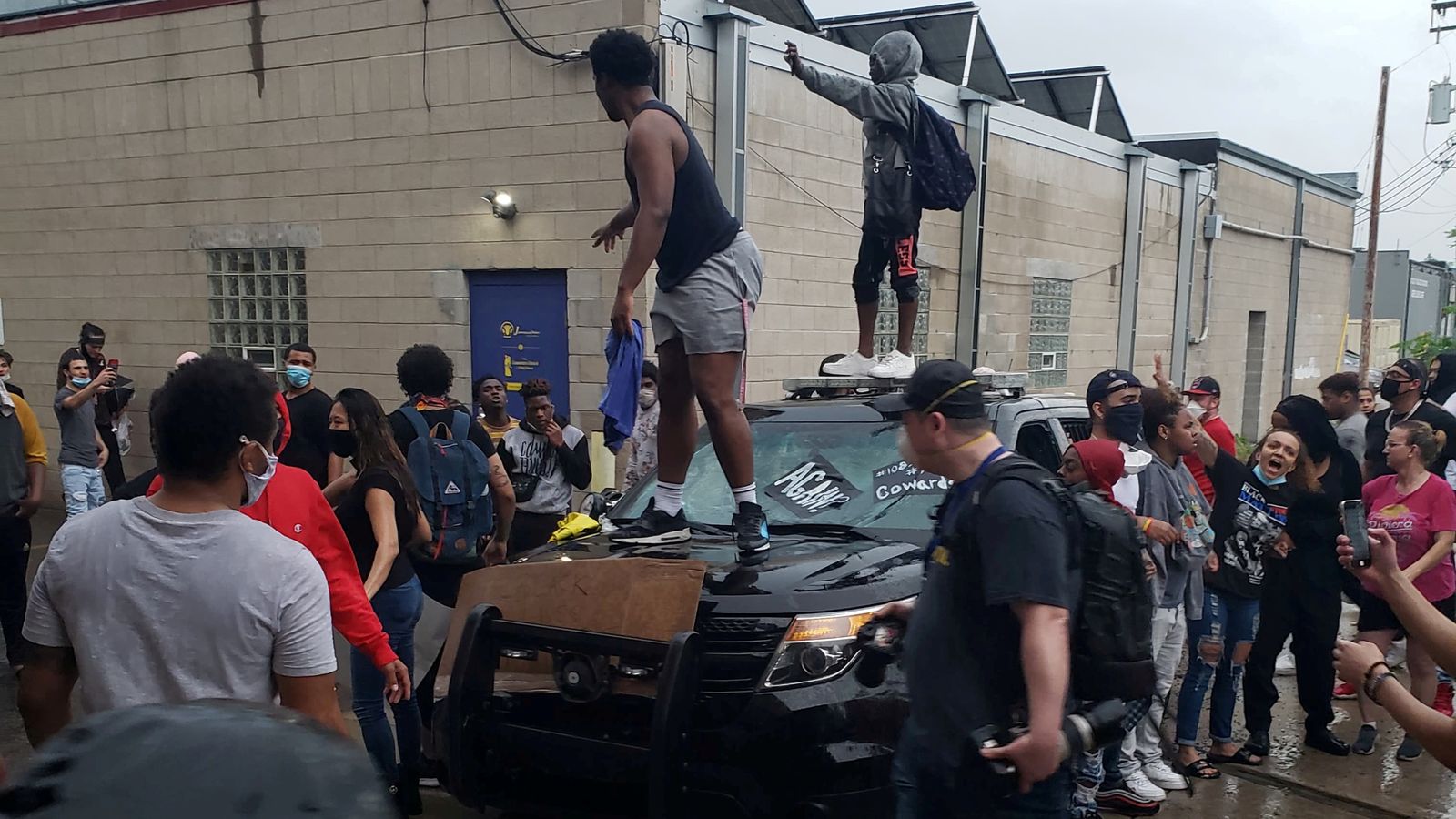 Demonstrators took to the streets where Mr Floyd died, with some chanting and carrying banners that read “I can’t breathe”, as they marched towards a police station, where windows and a patrol car were damaged and graffiti was sprayed on the building.

A line of riot police eventually confronted them, firing tear gas and projectiles, which protesters kicked back towards them.

Some of the demonstrators used shopping trolleys to make a barricade at a nearby supermarket, and tense scuffles continued late into the evening.

The FBI and state agents are investigating after the death on Monday night.