The last week’s international media have been filled with the ambitious plans of Saudi Arabia, the world’s largest oil exporter, to become a renewable energy giant.

After almost a century of King Oil, the Kingdom now is stepping up its plans to enter in full force the solar and hydrogen sectors.

As stated by Saudi Energy Minister Prince Abdulaziz bin Salman at the 4th annual Future Investment Initiative in Riyadh, Saudi Arabia, on January 27, 2021, the Kingdom will be pioneering more of that blue hydrogen and green hydrogen. In statements made during FII, Prince Abdulaziz said that 50% of Saudi Arabia’s power sector fuel will be converted into gas and the rest will be coming from renewables.

This statement is significant and should be taken into account in all future assessments. In addition to going green, Saudi Arabia will push for substituting oil-powered energy generation with natural gas, while the rest will become green. No real Net-Zero approach yet feasible, but taking out the oil (and potentially another hydrocarbon) via natural gas and renewables is a major step forward.

The other still unclear but very promising step forward is the reiteration by Prince Abdulaziz that Saudi Arabia is going to be heavily involved internally and internationally in the green and blue hydrogen developments.

Heavy investments are expected to be made inside of Saudi Arabia, but also internationally via the Saudi sovereign wealth fund PIF, to get to grips with hydrogen technology developments and its growing market potential.

The Saudi minister however also clearly indicated to the FII audience that it is not only going to be linked to global emissions reductions, Paris Agreements, or activist shareholders media strategies, to change the power generation sector of the Kingdom.

He openly indicated, which is at present a major economic driver for all, that substituting oil for other energy sources is a commercial win-win situation in a country with easy access to the sun and an abundant amount of energy.

The latter is looking at the normal Western energy transition approaches a much clearer and economically viable approach than before. A barrel of crude is still making much more profit margins than other energy sources.

The current drive is also linked to a move by Saudi Arabia to be a more circular carbon economy (CCE), which is at present still only a dream but needed in the future. International cooperation is needed, especially with European-US or Asian based technology investors and companies.

Some already have indicated that this could be a major inroad when Abraham’s Agreements are extended to Saudi Arabia too.

The current drive for blue and green hydrogen in Saudi Arabia falls within the ongoing strategic moves in the whole region. In the last weeks, Aramco’s main competitor ADNOC already has stepped up efforts also. A Saudi move was expected, especially when looking at the opportunities within Aramco itself and other linked venues. The statements in the press that Saudi Arabia would like to become the new “Germany” of hydrogen should however be taken with some grain of salt and skepticism.

The German example, especially when looking at the so-called “EnergieWende” is not an outright success story at all. At present, German customers are looking at energy bills that are becoming staggering for some.

The whole of Europe is even feeling the negative repercussions of the unilateral decisions inside of the German energy strategies. To become the new German should from the start include taking Best Practices and emulate or mitigate mistakes made before. To focus on hydrogen is however looking at the energy potential of the Kingdom, not a dream but could become reality.

If the latter is combined with an increased, and very needed, energy efficiency program targeting the wasteful energy use of Saudi customers and industries, could be a win-win situation.

By first focusing on blue hydrogen, produced by natural gas, the Kingdom is able to take a major leap. Technological research and experiences gained during that process could be a major building block for the green hydrogen future. For oil and gas giants like Saudi Aramco, combined with the vast financial backing of the Saudi SWF PIF, a real and commercially attractive route can be set up.

The main stumble block for most hydrogen producers is still the cost factor. Looking at Aramco’s technology departments, combined with think tanks such as KAPSARC, KAUST and international conglomerates such as Siemens or European universities, a profitable and applicable future is there.

At present, Aramco is leading the nation’s efforts with blue hydrogen. International cooperation efforts are being set, such as with Air Products and ACWA, but more is needed. European technology companies and institutes should be hitting the market right now, not being blocked by potential political infighting or anti-Saudi feelings. The option to become part of the NEOM project in Saudi Arabia is a chance of a lifetime.

It still feels strange or worrying that the amount of interest shown by European companies, investors, and technology institutes to invest or cooperate with a Paris Agreement NEOM Zero-Carbon City (the size of Belgium) is still very low.

By stepping up efforts to be included or to invest together in new technology to bring the Planet, not only Saudi Arabia, to a new sustainable and zero-carbon future should be a life’s dream. This time, as said again during FII in Riyadh, the road to emissions reductions and technology developments are there, take it. 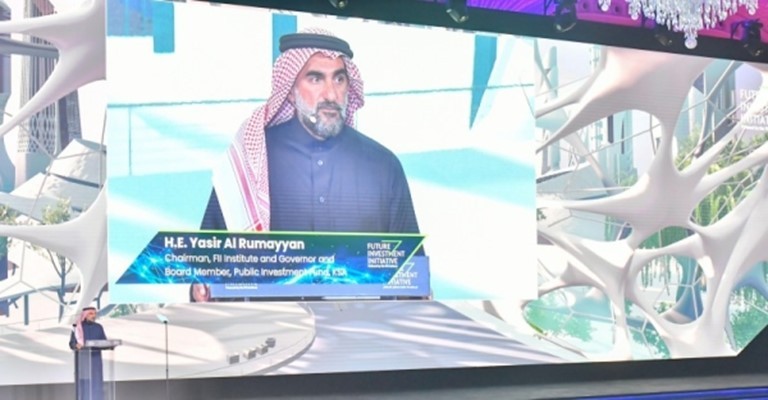 For investors and technology developers not knowing where to go, next to Aramco, the Saudi PIF is the other inroad.

As Yasir Al-Rumayyan, governor of the Saudi Public Investment Fund (PIF), and Chairman of Aramco, said the coronavirus pandemic has exposed vast investment opportunities in the entire spectrum of technology. At present, the PIF has stepped up its national investment strategies, while not forgetting international opportunities also. Al Rumayan stated also that

“the PIF closely monitors developments in the technology sector, whether in the primary or secondary market, and many international lawmakers have expressed their apprehension of the enormous role of technology companies”. As many as 140 international speakers from sectors such as finance, healthcare, energy, and education have confirmed their presence at the physical and virtual sessions of the conference.

While not forgetting financial markets, the PIF CEO reiterated that “everyone was chasing the financial markets, but today we are thinking about direct investment strategies in parallel, by creating new sectors.” In its new 5-year strategy, launched several days ago by Saudi Crown Prince Mohammed bin Salman, the PIF 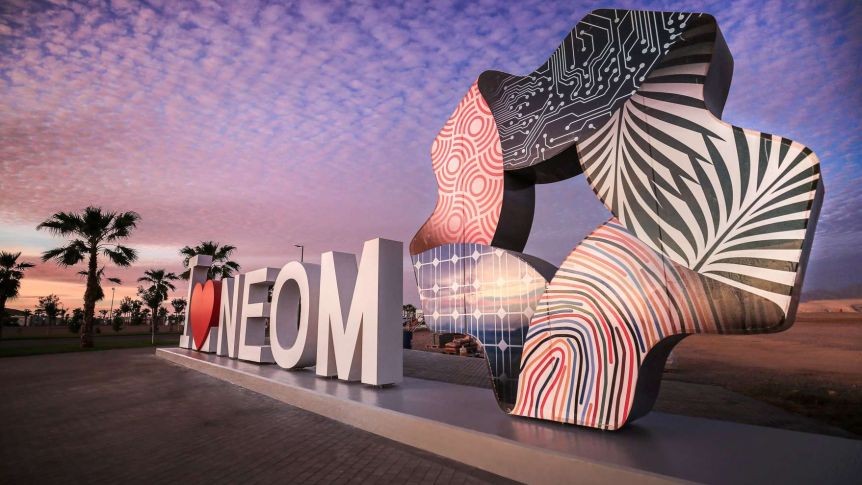 Al-Rumayyan indicated that in the second phase of Saudi Vision 2030, new technology and renewable energy projects have a priority position.

Al-Rumayyan explained that THE LINE project at NEOM is a revolutionary idea in the world of urban design for cities, describing the project’s objectives as reflecting the desire for future generations to enjoy the nature around them in THE LINE.

Speaking about the mega Saudi projects, within Vision 2030, Al-Rumayyan said that the Saudi government has the tools to encourage foreign investment. “PIF will invest in the sectors like renewable energy, tourism, and entertainment, and we have identified 13 vital sectors for investment in the Kingdom.” 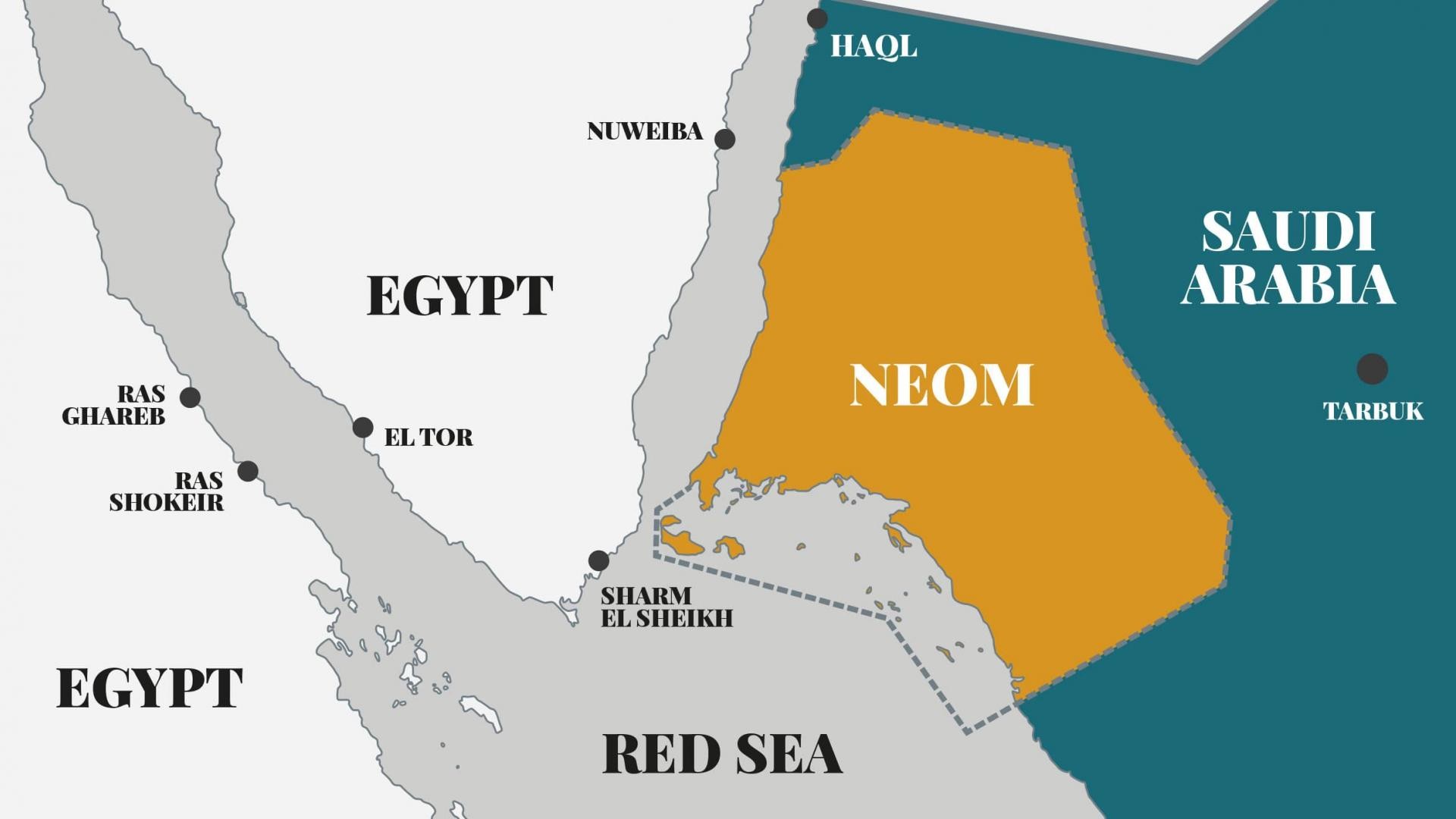 Optimism is there, opportunities available, but the reality is still struggling to bring results. As indicated by a report by analytics company Globaldata, Saudi Arabia made no progress towards its ambitious renewable energy targets last year, as a result of a desire to tap ever-cheaper solar power prices.

According to the report, the Kingdom had failed to commission any of the 1,040 MW of solar expected last year under its National Renewable Energy Program. As stated by Globaldata, the example of a 1,090 MW engineering, procurement, and construction (EPC) contract in Saudi Arabia which Indian company Sterling and Wilson removed from its order book because of delays caused by an attempted renegotiation between the Saudi authorities and the project developer, is just an example of the reality check. Other major projects are on hold as Saudi Arabia is trying to renegotiate the EPC contract due to solar power price declines worldwide.

The EPC contract for the 2 GW Sudair solar project is being rediscussed. Globaldata also is critical of the role of the Renewable Energy Program Development Office and PIF, as both are involved in all projects. Globaldata reports Saudi Arabia raised its renewable energy ambition for 2023 from 9.5 GW of generation capacity to 27.3 GW, with solar supplying the lion’s share – up from 5.9 GW to 20 GW – as part of an ambition to hit 58.7 GW of renewables this decade. That figure would equate to 12-14% of the Saudi energy supply in 2030, according to Globaldata. 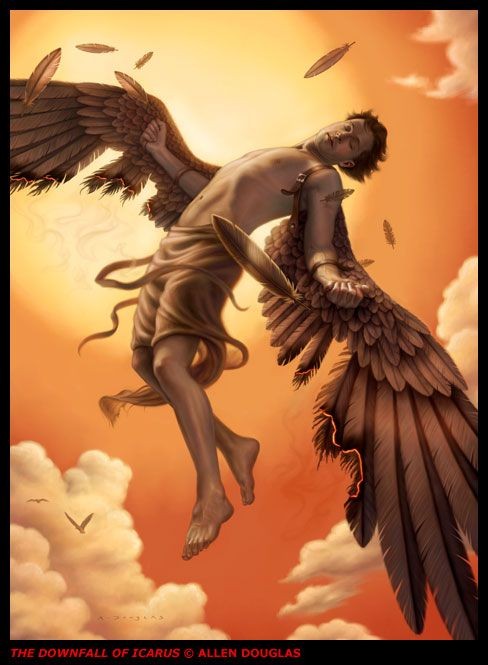 Going for the sun, reaching out to be at the top, can be tricky. As already was mentioned in Greek Mythology, Icarus was trying to fly, but when successful and going up to the sun, his wings melted and he fell to his death.

Some say Germany or even the EU Green Deal is a prime example of trying to leap technology and projects, but the heat of it all is until now too difficult to bear. Saudi’s maybe long-term approach, based and supported by hydrocarbons and the financial powers of PIF and Aramco, could be a more functional approach. Still, without dreams, as shown by MBS and Al Rumayyan, nothing is happening at all. Dreamers change the world’s future but are backed by technology developers and project owners.

The Sun and other sorts of energy is there, every day, 365 days per year, now try to reap the energy and get started.