The world has become immune to what is happening in the Gaza Strip, and it has been going on for decades. At the same time as the explosion in Beirut, the day after, Israel bombed the Gaza Strip. The event went completely unnoticed, almost without media attention.

The bombing of Gaza has become commonplace. The Middle East is burning “not only in Gaza”, accidentally or not to be seen.

We are transmitting the tweets of several people, which contain almost the same statements, how everyone has forgotten Gaza and everyone has similar questions: “Why is no one writing about the attacks on Gaza?

How will Israel one day pretend to show solidarity with Lebanon and the next day bomb Gaza? I hope you rot the deepest pits of hell #GazaUnderAttack # غزة_تحت_القصف

how is israel going to pretend to stand with lebanon one day and then bomb gaza the other? i hope you rot in the deepest pits of hell #GazaUnderAttack #غزة_تحت_القصف https://t.co/kgfoIwLGxN

Gaza is bombed and no one talks about it.

there was a bombing in gaza and no one is talking about it. #GazaUnderAttack pic.twitter.com/CDK8F0le44

The world is asleep … and Israel is bombing Gaza.

Why doesn’t someone talking about this? 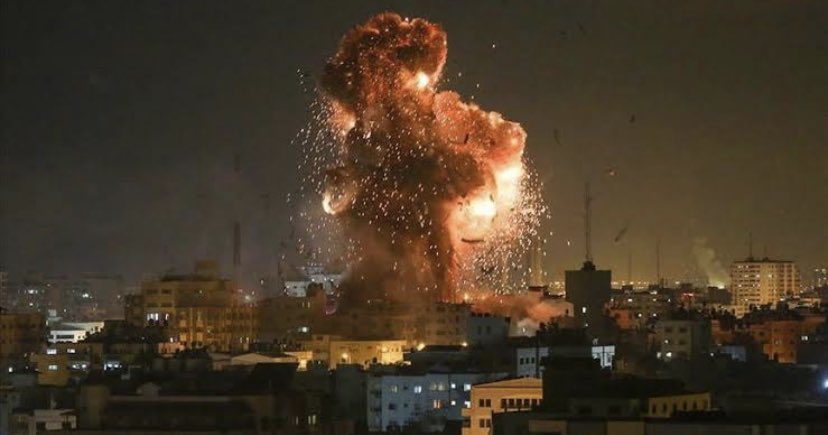 While many people are sleeping, Israeli terrorists are attacking Gaza.

#GazaUnderAttack
When most of the people are sleeping, Israeli terrorists are attacking Gaza. @Israel must stop terrorizing innocent people of @Palestine_UN pic.twitter.com/xRRgpi3Sop