In a new review, researchers found that those who got the most plant protein in their diet had an 8 percent lower risk of premature death than people who rarely or never consumed this type of food 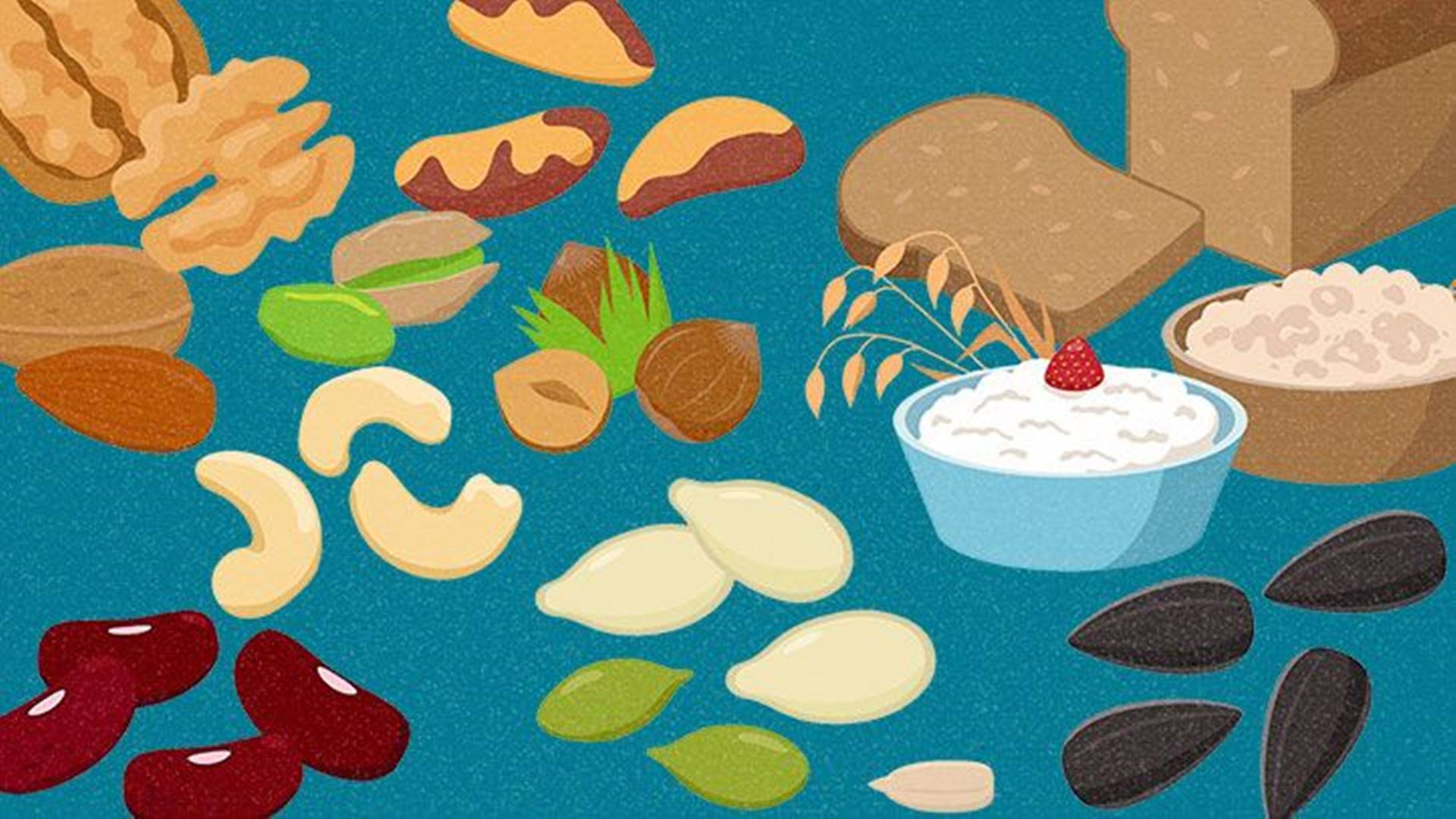 Adding more plant protein to your diet from sources like legumes, whole grains, and nuts may help you live longer. In a review published in July 2020 in the BMJ, every 3 percent increase in daily plant protein consumption was associated with a 5 percent lower risk of premature death from all causes.

Overall, people who consumed the most total protein were 6 percent less likely to die prematurely than individuals with the lowest amount of protein in their diets. But when researchers looked at different sources of protein separately, they found only plant protein — not animal protein — was linked to a longer life span.

In addition, people who consumed the most plant protein had a 12 percent lower risk of premature death from cardiovascular disease.

“People should consume healthy protein sources like legumes, nuts, and grains in place of red meat and processed meats,” says the senior study author, Ahmad Esmaillzadeh, Ph.D., a nutrition professor at Tehran University of Medical Sciences in Iran. “This behavior can help reduce the risk of several diseases and premature death.”

One limitation of the study is that most participants provided details on their diets only at a single point in time, and it’s possible their eating habits changed. Another drawback is that dietary data was collected mostly using food diaries or questionnaires, which rely on participants to accurately recall and report what they ate.

In addition, some studies in the analysis didn’t account for other factors that can impact longevity, including body mass index (BMI), smoking, alcohol consumption, exercise habits, and total calorie consumption. That’s why it’s impossible to know from this research whether the plant protein alone was responsible for increased longevity.

After Studying the Lives of 724 Men for 79 Years, Harvard Reveals the 1 Biggest Secret to Success and Happiness

Other Studies Link Plant-Based Diets to a Longer Life

Another study, published in December 2016 in BMC Medicine, found that each added 28 gram (1 ounce) serving of nuts a day was associated with a 21 percent lower risk of cardiovascular disease and a 22 percent lower chance of premature death from all causes.

Red and processed meat, by contrast, appear to have the opposite effect on longevity, previous studies suggest.

A study published in June 2019 in the BMJ followed 53,553 women and 27,916 men without cardiovascular disease or cancer for eight years. People who increased their total meat consumption by a ½ serving a day were 10 percent more likely to die of all causes during the study period, and red meat, in particular, was associated with a 13 percent greater risk of death during that period.

A study published in May 2017 in the BMJ found that people who ate the reddest and processed meat were 26 percent more likely to die prematurely from all causes than people who rarely or never consumed these foods.

What Is The Best Weight Loss Drinks?

Plant protein tends to be high in fiber, which is filling and can lead people to consume fewer calories and can also help lower cholesterol, says Meredith Price, RD, a plant-based dietitian based in Brooklyn, New York. Fiber is also fermented in the gut, which boosts the production of good bacteria that promote health.

Beyond this, plant protein is rich in antioxidants that can help prevent or slow the development of many chronic diseases and polyphenols, which have antioxidant properties and have been tied to a lower risk of cancer, Price says. In a review published in August 2016 in Nutrients, researchers noted an association between polyphenols and reduced risk for cancers including breast and colorectal but noted more research is needed.

Some of the benefits of drinking more water

Little Ways to Add More Plant Protein to Your Diet

“To reap the benefits of plant-based proteins, try adding a serving in place of a serving of animal-based proteins at least once a day and then work your way up from there,” Price advises.

Read, also: How Much Protein Should I Eat a Day

An easy way to add plant-based proteins to your diet is to add seeds, nuts, and legumes to your dishes, replacing animal protein as much as possible, Price says. She suggests:

A big change might be as simple as putting some of your favorite meatless meals in the heavier rotation when you plan menus for the week, says Julieanna Hever, RD, a dietitian, and physical therapist and the co-author of The Healthspan Solution: How and What to Eat to Add Life to Your Years.

Most of us tend to have 8 to 10 go-to meals we make a lot, Hever says, and identifying the ones that are already meat-free or that might be easy to make meatless is a smart way to start adding more plant protein.

“Begin by finding a whole-food, plant-based recipe that sounds delicious — remembering that foods like oatmeal, pasta primavera, and bean and rice burritos are already plant-based and likely part of many people’s diets — and make a new or familiar recipe,” Hever suggests. “If you love it, add it to your collection and build from there.”