Twenty years have passed since the attack on the “twin towers”, this event has done irreparable damage to the victims of the attack, as well as to all the victims in further actions led by the United States on foreign battlefields 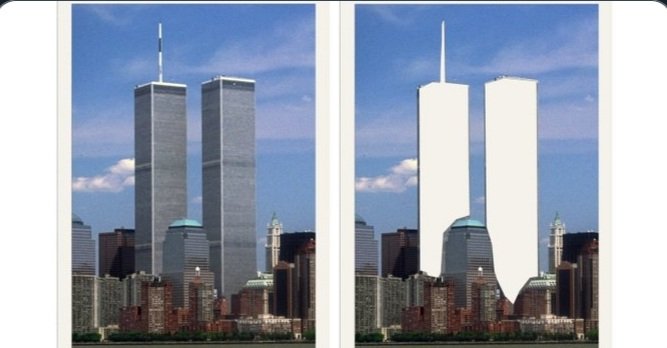 The number of dead, wounded and displaced in the world has grown rapidly. Every evil always spreads by geometric progression, while human tragedies give birth to each other.

Visit to New York – a walk through the ‘NEW AGE’

Eid morning in New York looked different than in Sarajevo. Instead of getting together, the four of us went for a walk. From the east coast this time we took a small ferry across the East River. We drove three stops to south Manhattan. We intended to visit the Ground Zero Memorial Center and of course go for an Eid breakfast and possibly try some new version of baklava.

We boarded a ship that sailed through a foggy New York morning.

Passengers also sat on the upper deck, from where there was a remarkable view of the east coast of Manhattan. A ‘wild’ breeze was blowing and mingling with the sound of the water, the rubbed white trail of which remained behind us. We got off at the third stop and set off to tour that part of town.

We docked in front of colorful skyscrapers to let the passengers disembark and move on.

We walked through the lower part of Manhattan, specifically Wall Street, and the WTC World Trade Center was nearby.

After a short walk we went to Eataly. Eataly is a large-scale Italian market, that’s where we opted for Eid breakfast. We didn’t eat Italian food, that restaurant was still not open at that time, since it was very early. We tried Hawaiian food this time. The dish was a mix of many fruits: mango, avocado, lettuce, olives, pieces of live fish and crabs.

That morning in New York didn’t even look like Eid. Only a couple of people, one of whom was a policeman, congratulated us on Eid along the way, probably because they concluded from the way we dressed that we were Muslims. Only in passing would they hear almost shyly and quietly, “Eid Mubarak.”

The next destination we went to was the Memorial Center as part of which several new buildings were built.

In this building, on three hectares, there are two cascading waterfalls made of black granite, nine meters high, from which the water falls into deep, dark pools – exactly where the “twin towers” used to be. At the edges of the pool are bronze plaques with the names of 2,977 people killed in the largest terrorist attack in the United States.

More than 200 oaks have been planted around the waterfall, and among them is a Japanese pear, found burnt in ruins.

After five years of construction, the Memorial Park was opened by US President Barack Obama, but on the anniversary of the attack, only the relatives of the victims could visit it.

A museum and a skyscraper with 108 floors, which is almost the tallest building in the United States, were built at the “zero point”.

The bronze panels around the edges of both pools contain 2,977 names of all the victims of September 11, and six victims who died at the same place in the 1993 terrorist attack.

If you’ve never been to #GroundZero, it is a beautiful place.

I visited in 2018 and was struck by the simplicity and serenity of the place.#September11 pic.twitter.com/j3GL8bGgfT

Nearly 3,000 people died that day at the World Trade Center. However, American policy has brought more casualties to the country since the terrorist attack. It is estimated that more than 6,000 Americans died in the war in Afghanistan and Iraq. The war on counter-terrorism cost Americans more than $ 3 trillion (€ 2.13 trillion) and left behind countless civilian casualties and some 5 million refugees. Jakob Augstein, a columnist for Germany’s Spiegel, says that as a result of this policy there is a widening gap between Muslims and “Westerners”, he claims that the US spent so much of its stockpile in an ideological war that it encouraged global changes in power relations.

The tallest and most expensive building in the United States was built in New York. The building is located at One World Trade Center, ie the site of the former ‘Twins’. The tower with the symbolic name Freedom Tower is 542 m high, and the total value of the project rises to an astronomical 3.8 billion US dollars.

Oculus was built to replace the commuter train and subway station that was destroyed on Sept. 11, a new transportation hub called Oculus is particularly striking, especially its white high curved lines.

We also entered Oculus, located at the entrance to the World Trade Center (WTC) in New York City. It is a railway and metro station that is considered to be the most expensive railway station in the world.

Inside Oculus is a transport hub, one can buy a ticket to New Jersy, partly a shopping mall and a hundred ribs are a symbol of an architectural marvel. A skylight in downtown Oculus opens once a year to commemorate the victims of 9/11.

Near the Memorial Center, there is a building under construction, which with its architecture reminds it of a mosque. It was a mosque under construction, but New Yorkers never allowed it to be completed, there is no place for it near Ground Zero. Even large demonstrations were organized to ban coexistence and for some Muslims, who are a minority, to exercise their fundamental human rights.

The facility is still under construction, but it is not known what new purpose and purpose it has.

The New York attacks of 11/2001 destroyed more than the twin pillars of the city's World Trade Center. A total of 10 buildings, including all seven of the WTC buildings, and the WTC compound were lost in the Ground Zero area of lower Manhattan. pic.twitter.com/pYTdFI300Z

(Part 2) I made this video from photos I took on 5/11/15 of the 9/11 Memorial and Museum in NYC. It drizzled for awhile that day, reflecting my mood when seeing/feeling the enormity of the tragedy that took place that day 🥺 #911Memorial #NeverForget #20Years911 pic.twitter.com/vQIxsqq67g

Less than a month after those attacks, the White House launched a U.S. invasion of Afghanistan, then Iraq. Within weeks, they ousted the Taliban. An al-Qaeda leader, he was killed ten years later in neighboring Pakistan.

Guantanamo, Cuba’s most notorious prison surrounded by barbed wire, is still operating. The same was established after these attacks on the WTC.

Two decades have passed since the attack on the “twin towers”, and America still remembers the victims and marks this date. In places where the twins were, a white sparkling light appeared, so at night it looked as if gaseous white towers had emerged from the pool of the memorial center.

9/11 Light Memorial for victims of the terror attacks on September 11, 2001
at the Pentagon DC. #911Memorial pic.twitter.com/CArZYbiW8J

My thoughts today are with all those who lost loved ones in the terrible events of 20 years ago #9/11 Thankfully I was on my way out of NYC early that day heading for Boston before the attacks began #911Memorial pic.twitter.com/hw8LHv5Jdr

Nearly 20 years later, on August 30, 2021, the United States completed the withdrawal of its troops a few days after US President Joe Biden declared that “the war in Afghanistan was over” and that the Taliban had regained control of the country.

Since the war against the Taliban began in 2001, more than 3,500 U.S.-led coalition personnel have been killed in Afghanistan, including more than 2,300 U.S. military personnel, according to a report of BBC.

Another 20,660 U.S. military personnel were wounded in the action. The numbers are small compared to the loss of life of Afghan civilians and security forces.

Consequences of the attack and security measures at airports

Removing belts, shoes and emptying the contents of wallets, pockets and purses – all this became an integral part of the new safety standards after 9/11. Things that could be used as weapons like scalpels used by the hijackers of four commercial flights that Tuesday morning are banned. After an attempt by “shoe bomber” Richard Reid to shoot down a plane flying from Paris to Miami in December 2001, shoes were taken off at security checkpoints.

Other rules initially confused passengers, such as limiting fluid intake, as the wrong fluid could be used to make the bomb. The new regulations have led to longer queues at airports and forced passengers to arrive earlier to arrive on a flight.

Twenty years have passed since the attack on the “twin towers”, and this event has done irreparable damage to the victims of the attack, as well as to all the victims in further actions led by the United States on foreign battlefields. The number of dead, wounded and displaced in the world has grown rapidly. Every evil always spreads by geometric progression, while human tragedies give birth to each other.

(VIDEO) War on information and social networks! Footage of Azerbaijani soldiers killed and a destroyed bus with Armenian soldiers